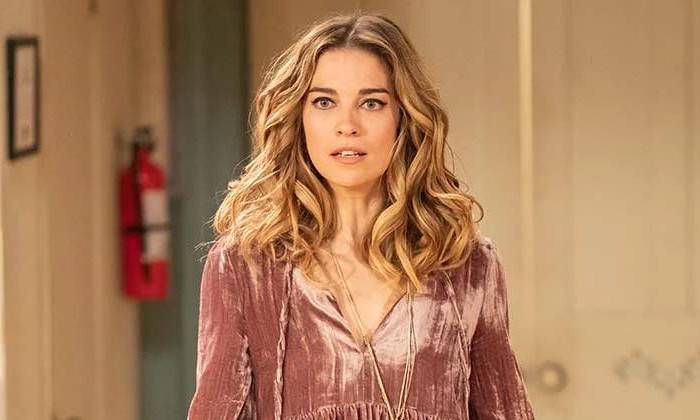 Annie Murphy is an award-winning actress and singer from Ottawa, Ontario, who took up the acting world by storm with her mindboggling performance as Alexis Rose on the CBC sitcom Schitt’s Creek. The role brought in her so much attention that made her a household name, earning her an Emmy Award. She has acted in various TV shows and movies such as Lethal Obsession, The Beautiful Life: TBL, Story of Jen, Blue Mountain State, A Windigo Tale, Against the Wall, The Plateaus, and Good God. Most recently, she made headlines for having joined the second season of Netflix’s Russian Doll, starring Natasha Lyonne.

Talking about her family and childhood, she is the only child to her parents, who were both teachers. Other than that not much is known right now.

She always had a passion for acting since she was a little girl and used to perform in school productions while attending Elmwood School, a private day school for girls, located in Rockcliffe Park, Ottawa.

Annie, then, secured admission at Queen’s University, Kingston, Ontario, but dropped out after her first year at college and joined Concordia University to study theatre.

Post-graduation, she took an acting course at the Canadian Film Centre Actors’ Conservatory and moved o Los Angeles to pursue a career in acting.

Annie Murphy is married to singer and musician Menno Versteeg since August 2011. He is the lead singer of the bands Hollerado and Anyway Gang.

Annie Murphy started her acting career back in 2007 when she appeared in a television film entitled Lethal Obsession. Though she has been in the public eye for years now, it was her role in the hit CBC series Schitt’s Creek that has entirely changed her life.

She has received much praise and appreciation for her nuanced portrayal of Alexis Rose in the comedy series, created by the father-son duo Eugene and Dan Levy. Not only has the series garnered a cult following for its spectacular narration but she’s also gained a huge following as her character was loved by the audience and critics alike.

Aside from acting, Annie has also tried her hand at singing. she has released two non-album singles “Yng Luv” (2014) and “A Little Bit Alexis” (2019).

Of course, acting is her primary source of income. All of these appearances have resulted in quite the nest egg for Annie Murphy. The actress is estimated to be worth about $4 million.

In one of her latest ventures, Annie joined the cast of Netflix’s Russian Doll Season 2, in which she will be seen alongside the likes of Natasha Lyonne, Greta Lee, and Yul Vazquez

She was raised in Ottawa, Ontario.

Annie has a tattoo of James Stewart’s silhouette on her wrist.

In 2021, she was cast as the lead in AMC’s television dark comedy series Kevin Can F*** Himself.