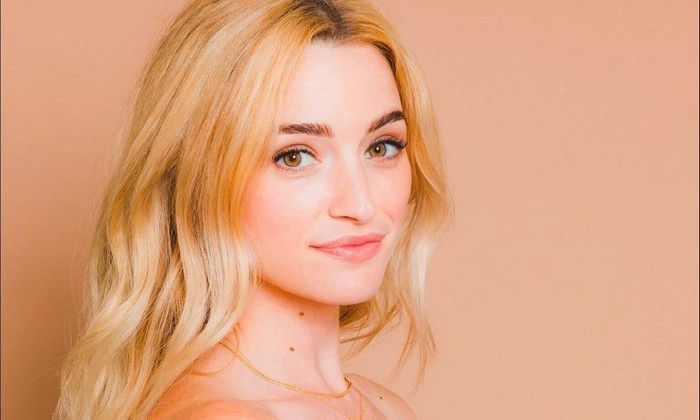 Brianne Howey is an American actress who’s certainly on the rise, thanks to her part in the new Netflix show Ginny & Georgia. On the show, she plays Georgia Miller, a 30-year-old single mother of Ginny and Austin. She got her start in the entertainment industry in the late 2000s, landing minor roles in films and TV series. The role that really changed her life and catapulted her to stardom status was Kat Rance on the Fox supernatural horror series The Exorcist.

From there, her acting career took off, landing major acting gigs in projects like Live with Models, Batwoman, The Passage, and Dollface. Not only has she had a successful career on television but she’s also found success starring in films like Horrible Bosses 2, Viral, Time Trap, Little Bitches, and Plus One. That’s probably why she is so popular at such a young age.

While there are not many details to share about Brianne Howey’s family and childhood, she was born the oldest of five siblings. She was brought up in La Cañada Flintridge, California, where she attended Flintridge Sacred Heart Academy, all-girls Catholic high school, graduating in the year 2007.

At school, she was a member of the improv team and starred in high school’s production of Stage Door during her senior year. She then joined the prestigious New York University’s Tisch School of the Arts to hone her acting skills and earned her Bachelor of Fine Arts degree in 2011.

Brianne Howey has been dating lawyer Matt Ziering for years now. While it is not known when they got into a relationship, the couple moved in together in late 2014, and that’s when they made their romance public.

They got engaged a few years later and they were supposed to get married in October 2020. But due to Covid-19, they postponed their marriage to a later date, and most probably they may get married sometime soon in 2021.

The 33-year-old actress has been acting for over a decade now, starring in various TV shows and films. Though she has made some film appearances., she’s mostly recognized for her television roles. Thanks to all her acting gigs, she has earned quite a lot for herself.

Since 2016, the actress has been raking in huge paychecks and taking her impressive lineups into consideration, it is safe to say that she’s swimming in dough. Brianne Howey’s net worth is roughly estimated at $1 million, according to various sources. It’s just an estimate and the actual net worth would be a lot more.

She had spent almost a year in Melbourne, Australia when she was a little girl.

Acting was never her intended choice of career until college as she dreamed of becoming a flight attendant as a kid.

She was named a Global Beauty Ambassador for wet ‘n wild in 2015.

She has a pet dog of the Australian Shepherd breed named Bodie.