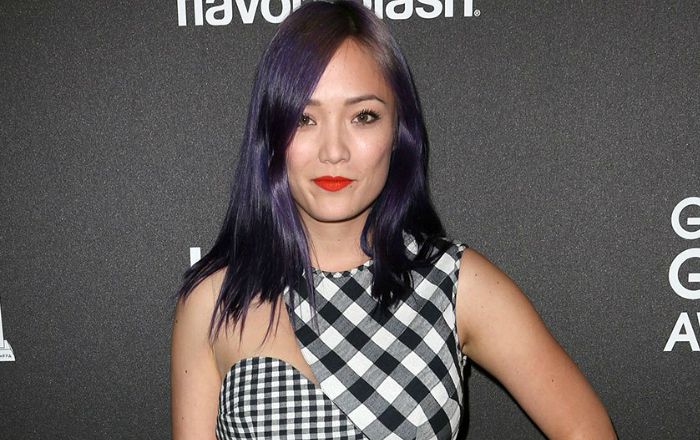 Pom Klementieff is a French actress known for playing Mantis in Marvel’s Guardians of the Galaxy Vol. 2 and reprised the role in the film Avengers: Infinity War series. She is also well-known for her roles in films such as Loup (2009), Sleepless Night (2011), and Hacker’s Game (2015).

Pom Klementieff was born on the 3rd of May 1986, in Quebec City, Quebec, Canada. She’s currently 35 years old.

Not much is known about her family Pom Klementieff is the daughter of a Korean mother and French-Russian father, who was working there as a consul with the French government. She had one older brother, whose name is unknown. She is of Russian and French descent on her father’s side while her mother is of Korean descent.

Pom Klementieff briefly attended law school, but she didn’t complete her degree. She ventured into acting at age of 19 years old.

Pom prefers to keep her personal life low. Thus, there are not many details about her present or past relationships.

In 2013, she landed a role as Haeng-Bok, the bodyguard of the antagonist played by Sharlto Copley, in Spike Lee’s Oldboy, which was her first Hollywood film.

In 2009, Klementieff appeared in the French TV series Pigalle, la nuit for her role as Sandra.

Having portrayed the character of Mantis in Marvel Cinematic Universe flick Guardians of the Galaxy Vol. 2 (2017) and will reprise the role in Avengers: Infinity War (2018).

She started acting at age 19 at the Cours Florent drama school in Paris.

She lived in many places like Canada, Japan, and  the Ivory Coast before settling in France.

Klementieff had once revealed that travelling at an early age gave her a “gypsy soul”.

While studying law, she won a theater competition that awarded her free classes for two years with the school’s top teachers.

Since her parents died at her young age, she was raised by her paternal uncle and aunt.

Klementieff worked as a waitress and saleswoman before acting to make her ends meet.

She is a taekwondo player and has a purple belt as of 2014.

Her first leading role was in Loup , a French film about a tribe of reindeer herders in the Siberian mountains. During filming, Klementieff stayed in a camp hours from the nearest village, where temperatures dropped to 130 degrees below zero.

Besides acting in feature films, she has also starred in many short films.