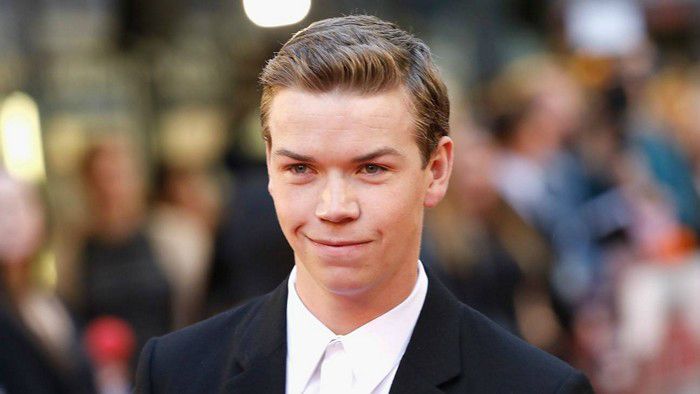 Will Poulter is an award-winning actor who is best known for his portrayal of Kenny Rossmore in ‘We’re the Millers’, for which, he won the BAFTA Rising Star Award. His notable acting credits include his roles in ‘Son of Rambow’, ‘The Chronicles of Narnia: The Voyage of the Dawn Treader’, ‘The Maze Runner’, ‘The Revenant’, and ‘Detroit’.

Will Poulter was born on 28 January 1993 in Hammersmith, London, England, United Kingdom.

He has English, Scottish, and Welsh ancestry.

Will Poulter attended Harrodian School in London. He later enrolled at Bristol University to study drama but dropped out after his freshman year to pursue an acting career.

Will Poulter has kept his personal life discreet from his professional life and thus there is not much information available of any relationship he has had in the past or in the present.

Will Poulter earned his first acting role at the age of 12 years old in 2007, playing a lead role in the coming of the age comedy film, ‘Son of Rambow’. The film is about two schoolboys who attempt to make a film.

Will had his first television role in the British comedy series, Comedy: Shuffle in 2007.

His first major role came in 2010 when he was cast in the 2010 fantasy adventure film ‘The Chronicles of Narnia: The Voyage of the Dawn Treader’. The role earned him lots of fame and recognition, however, the film had only received mixed reviews from critics.

His portrayal in the 2013 American comedy film ‘We’re the Millers’ can be considered one of the best works in his career. Though the film earned mixed reviews, it was a commercial success and earned him two MTV Movie Awards and British Academy Film Awards for EE Rising Star Award.

Another significant work in Poulter’s career was in the 2015 film ‘The Revenant’. The film was based on a 2002 novel of the same name by Michael Punke. It also starred Leonardo DiCaprio, Tom Hardy, and Domhall Gleeson. The film received positive reviews from critics and won several awards including three Oscars.

His performance in the 2018 film ‘Maze Runner: The Death Cure’ was highly appreciated by critics and people.

Will Poulter Net worth

As of 2023, Will Poulter has a net worth of $5 million dollars. He made his fortune by appearing in some high-profile films and other business-related activities.

Will Poulter aspired to become an actor at a very young age and took drama lessons while studying in school. It was his drama teacher (Laura Lawson) who encouraged him to give an audition for the film, Son of Rambow, which was his debut film.

He co-founded his own production company called Gold Soil along with British screenwriter and actor Seb de Souza.

He was originally picked to play Pennywise in the 2017 horror film, ‘It’, but he later decided to drop out after the production of the film was delayed due to scheduling conflicts. The role finally went to Bill Skarsgård.

In 2014, he was featured in ‘Hollywood’s Next Wave’ list that included upcoming 23 actors by Vanity Fair magazine in its July issue.

He loves acting and playing football.