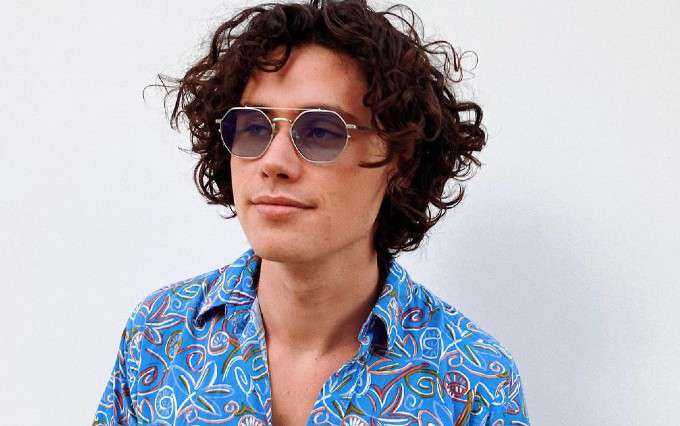 Finn Roberts is an actor and musician based in Los Angeles. He burst onto the acting scene in 2013 with the Canadian television series Side Effects. The actor has since gone on to star in a number of TV shows and movies, with his most popular role being Alex Woods in the Netflix series Greenhouse Academy. His part on the show has not only put him on the radar but has also led to other exciting acting opportunities. He made his big-screen debut in 2016’s 20th Century Women and starred in movies like This is How it Starts and Identity Crisis.

He is of English and Jewish descent.

Finn has kept all details about his family private and hasn’t shared much about his parents or his early life with the world. He is the second eldest of four children born to his parents. His father ran a visual effects company for the film and TV industry. His mother’s name is Anna.

He has three brothers, all of them based in Los Angeles. His older brother, Leo, works in fashion marketing, his younger brother, Joe, is a motorcycle racer, and his youngest brother Pascal is a musician, and producer.

Finn Roberts has been in a romantic relationship with his girlfriend Savannah Levin, a soccer player, since the summer of 2017.

Finn Roberts’ foray into the entertainment industry began in 2013, when he was cast in the TV series Side Effects as Jason, alongside Meg DeLacy and Lulu Antariksa. He made subsequent appearances in short films like The Debt and Ouroboros and made his big-screen debut with the 2016 film 20th Century Woman, starring Annette Bening, Greta Gerwig, and Elle Fanning.

In 2017, he landed his breakthrough role in the Netflix series Greenhouse Academy, playing Alex Woods, a member of the Eagles and Hayley’s younger brother. The series was well-received by the audiences and critics alike that it ran for four seasons before it was canceled by Netflix. Starring alongside the likes of Ariel Mortman, Cinthya Carmona, and Benjamin Papac, he rose to stardom with this role still remaining the hallmark of his career.

Well, all of his appearances have made him lucrative, especially Greenhouse Academy, which earned him huge paychecks. There’s no doubt that he’s already swimming in dough and the estimates reveal that his net worth should be somewhere between $500 thousand and $1 million dollars.

He spent his entire life in Los Angeles and took music lessons from a young age.

Growing up, he used to perform with local bands along with his siblings.

Finn is a keen photographer and particularly enjoys portraits and photographing landscapes.

He is a passionate advocate for wildlife and the natural world.

He has an impressive lineup, including This is How it Starts, Panorama, and Identity Crisis, which are in different stages of production.

Finn has been working on his own music for some years now and expect it to see the light anytime soon.