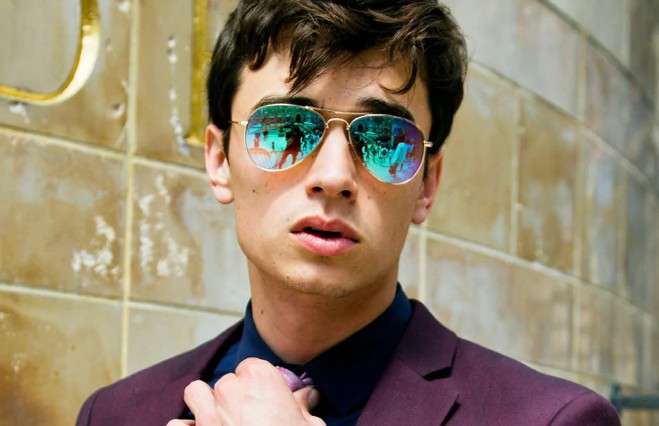 Benjamin Papac is an American actor who is perhaps best known for his appearances in TV shows such as Into the Badlands, Saving the Human Race: Webisodes and So Foreign. He made his mark in the entertainment industry with the popular series The Walking Dead where he played the role of Albert in 2014.

The actor has since starred in various projects, including Greenhouse Academy, in which he was cast in a recurring role of Max Miller for four seasons from 2017 to 2020. Papac has found a lot of success and achieved stardom at such a young age, thanks to the roles he took in. His most recent role was in the TV series, American Horror Story, as Rory. He has some 300 thousand followers on Instagram.

He hasn’t shared much about his family or his early life except that he grew up with his sister Campbell in Atlanta, Georgia before moving to Los Angeles.

Benjamin completed his school education through homeschooling. He earned a degree in mass communications from Louisiana State University in 2014.

Benjamin Papac is currently believed to be single as he’s never shared a relationship with his co-stars or with anyone. He remains secretive when it comes to his love life and there’s no data to confirm the existence of a girlfriend and he’s never married as well.

Benjamin pursued acting while in college and starred in short films. He got his break as an actor during the final year of college when he secured a role in the series Walking Dead. On the show, he played Albert. After he graduated from Louisiana State University, he moved to Los Angeles as he felt that he would get more acting opportunities.

Moving forward, he starred in movies like Goosebumps, The DUFF before landing his first major role as Bale in the TV series Into the Badlands. He then went on to star in Saving the Human Race: Webisodes, So Foreign, Greenhouse Academy, and American Horror Story.

Although he hasn’t revealed how much worth he is today, it is safe to say that he has been successful as an actor. Thanks to the major projects he has been a part of, Benjamin has racked up huge net worth. He has been minting money since he was a teen. Apart from TV series, he has also acted in some movies. There’s no doubt that he has a hefty net worth by now.

He played Albus Potter in the theatre production of Harry Potter and The Cursed Child that had its run at the San Francisco Theater.

Benjamin was a software engineer fellow at the General Assembly for four months in 2021.

He starred alongside Ariel Mortman, Finn Roberts, and Cinthya Carmona in the TV series Greenhouse Academy.