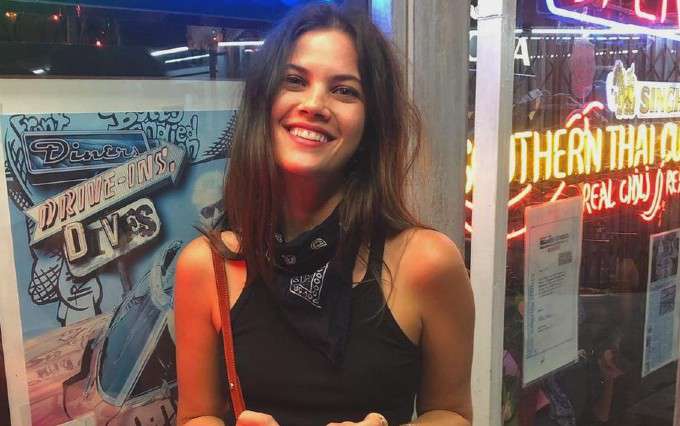 Ariel Mortman is an American-born Israeli actress, who shot to fame after she played Hayley Woods in the Netflix series Greenhouse Academy. Although she was born in the United States, she relocated to Israel as a teen where she took u acting courses before joining the Israel Defense Forces. Her breakthrough came in 2014 with the TV series North Star, but she really catapulted to stardom in Greenhouse Academy, a show that’s centered on the lead character Hayley and her sibling Alex. She has a strong presence on Instagram, where she’s attracted an audience of over 550 thousand followers.

She is of Israeli descent.

Ariel Mortman is the second only daughter of Steve Mortman and his wife Hila Arnon. She has two siblings, a brother, Daniel “Volde” Mortman, and a sister, Edan Mortman. Having developed an interest in acting at a young age, Ariel studied acting before serving briefly in the Israel Defense Forces as a Marine. She later moved to the United States to pursue acting.

While there are no details about her formal education, she studied acting at the Cameri and Nissan Nativ acting studios in Tel Aviv, Israel

Ariel Mortman has been romantically linked up with a man named Sean Benfey since 2020. The duo got engaged in April 2021.

She was previously rumored to be dating her Greenhouse Academy co-stars, Dallas Hart, and Chis O’Neal.

Ariel Mortman made her debut back in 2014 when she starred in Disney’s popular teen series Northern Star. She played Maya alongside Eyan Pinkovitch and Guy Kally which ran for two seasons. Her major breakthrough came when she landed the role of Hayley Woods in 2017 in Netflix’s Greenhouse Academy. The show is so successful that went on to air for four seasons before Netflix canceled it in 2020. On the show, she was cast alongside the likes of Finn Roberts, Benjamin Papac, and Cinthya Carmona.

The net worth of Ariel Mortman is not available at the moment as the actress has been in the entertainment industry for quite a while now. However, it is safe to say that she’s lucrative. Despite being very young, she already has an impressive resume with major acting credits. She will likely see an unprecedented increase in her wealth as the actress has been held up with a lot of projects.

Though she was born in the United States, she ended up being raised in Tel Aviv, Israel.

Prior to acting, she worked in the Israel Defence Forces.

Ariel is currently based in Los Angeles and divides her time between Tel Aviv, Israel, and New York/Los Angeles.

She’s credited with roles in short films like Keep It Cool, Dreaming to Fly, and Ghosted.

She can be next seen in the film Sometimes I Dream of Wandering, in which she plays the role of Angela.

Ariel is fond of tattoos and has inked the letters “A·R·M” on her left hand, in addition to another tattoo on her right foot.

She loves tortillas, sushi, and eggs.

Her favorite drink is the Japanese Matcha.