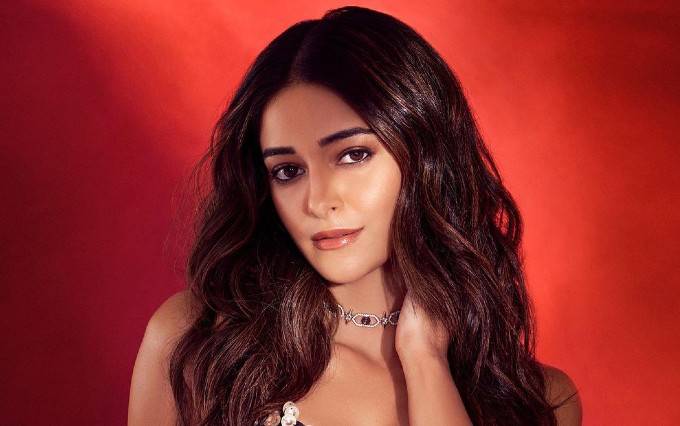 Ananya Panday is an Indian actress and the daughter of actor Chunky Panday. She is most famously known for her work in Bollywood films such as Student of the Year 2, Pati Patni Aur Woh, Khaali Peel, and Gehraiyaan. She received critical acclaim for her role as Shreya Randhawa in her debut film Student of the Year 2, which earned her a Filmfare Award and a Zee Cine Award. In 2020, she was voted no. 31 in The Times of India’s The Times Most Desirable Women. She has a huge online presence, in particular, on Instagram, where she has amassed over 23 million followers.

Ananya is the oldest daughter of Indian parents Chunky Panday and Bhavna Panday. Her father is a renowned actor in Bollywood cinema and her mother is a costume designer. She has a younger sister named Rysa Panday. Her uncle Chikki Panday is a businessman and her grandfather Sharad Panday was a popular heart surgeon. He was a part of a team of doctors who successfully performed the first-ever heart transplantation in India.

Ananya attended Dhirubhai Ambani International School and then went to the University of California.

Ananya Panday is quite outspoken when it comes to her dating life. She was in a relationship with actor Ishaan Khatter from 2020 to 2022. They starred together in the film Khaali Peeli and began dating during the filming.

Ananya Panday launched her acting career in 2019 with the coming of age romantic film, Student of the Year 2, in which she played the role of Shreya Randhawa alongside Tiger Shroff and Tara Sutaria. For her performance in the film, she won several awards, including Filmfare Awards, Zee Cine Awards, and IIFA Awards.

In 2017, she debuted at Vanity Fair’s Le Bal des débutantes event in Paris, for which she wore black and blue Jean Paul Gaultier couture.

She is trained in Kathak, an Indian classical dance.

She has a pet dog named Fudge.

She is an avid reader.

In 2021, she landed herself in a controversy after she was connected to a famous drugs-on-cruise case that involved Shah Rukh Khan’s son Aryan Khan. She was questioned by the Narcotics Bureau apart from her Bandra’s house being raided by the agency in connection to the Whatsapp chat exchanged between the two, in which they talked about drugs.

In 2022, she starred as Tia Khanna in Shakun Batra’s Gehraiyaan, starring Deepika Padukone and Siddhant Chaturvedi.

Aside from acting credits, she has appeared in ad campaigns for brands such as Lakme, Esprit, Drool and Gillette Venus.