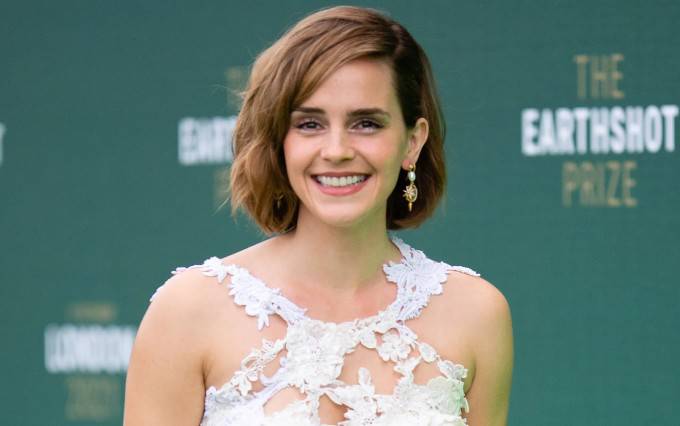 Known for playing Hermione Granger in the Harry Potter series, Emma Watson is a young, talented and beautiful English actress. She never expected that her role would earn so much fame and recognition as well as brought her several awards including a Young Artist Award, a National Movie Award, three Teen Choice Awards, among several others.

This doe-eyed beauty has also starred in films of different genres like Noah, Regression, Colonia, The Circle, and Beauty and the Beast. Alongside acting, she has also made a name for herself in the modeling world and also a fashion designer, who has created a line of clothing for People Tree.

Watson is a certified yoga and meditation teacher who took a week-long meditation course at a Canadian facility.

Emma Watson has been dating Brandon Green since 2021.

She dated American entrepreneur Brendan Wallace between 2018 and 2019.

Past to that, she had dated actors Will Adamowicz, Matthew Janney, Prince Harry Windsor, Roberto Aguire and an American tech entrepreneur William Knight.

Emma made her acting debut in 2001 with the film, Harry Potter and the Philosopher’s Stone, as Hermione Granger. She reprised her role in rest of the movies of Harry Potter franchise.

As a voice actress, she has lent her voice for the character, Princess Pea in the film The Tale of Despereaux.

She hasn’t appeared in TV series other than being featured on talk shows.

She has endorsed many brands like Burberry London, Lancome, Katherine Alexander Jewellery, to name a few.

Emma Watson’s net worth is estimated at $85 Million as of 2022. During the Harry Potter career, Emma made $15-$20 million a year, making her Hollywood’s highest-paid female star with an estimated $27 million in 2009.

She owns a Toyota Prius. She lives in Los Angeles.

She has 2 cats named Bubbles and Domino.

Aside from acting, she is fond of playing field hockey, tennis, and netball. She is also known for different styles of dance.

Emma drinks beer but does not smoke cigarettes.

She was just 15 when she appeared on the cover of Teen Vogue Magazine, making her the youngest actress to feature on the magazine cover.

In July 2014, she was appointed as a UN Women Goodwill ambassador.

She joined the board of directors of Kering, a luxury brand group, as an advocate for sustainable fashion in 2020.

Emma and other cast members of the Harry Potter franchise reunited for a television special show called Harry Potter 20th Anniversary: Return to Hogwarts which aired on HBO Max in 2022.