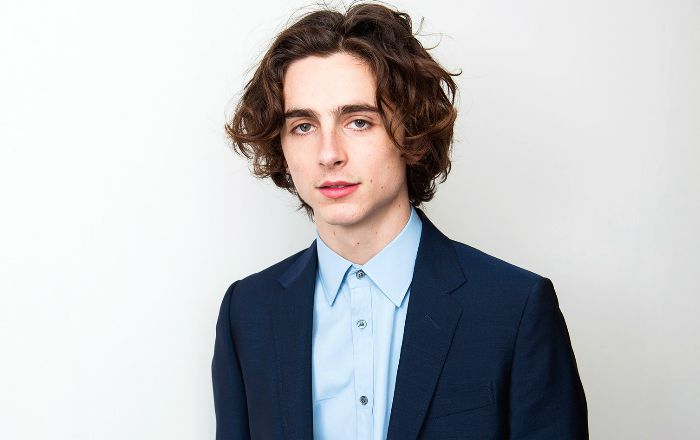 A multi-talented actor who is recognized for his leading role in Luca Guadagnino’s Call Me by Your Name, based on the novel of the same name, by André Aciman. His role in the film was much appreciated by critics that earned several nominations including an Academy Award for Best Actor. He was also nominated for a BAFTA Award, a Golden Globe Award, a Screen Actors Guild Award, and a Critics’ Choice Movie Award for Best Actor for his work in the film. Timothee Chalamet also starred in the film Lady Bird in 2017 and not to mention his performance in Interstellar and Hostiles. He also had his recurring role as Luke in Royal Pains.

Timothée Chalamet is the son of Nicole Flender, a real estate broker and former Broadway dancer, and Marc Chalamet, an editor for UNICEF. His older sister, Pauline, is also an actress.

Chalamet studied at PS 87 William T. Sherman School and MS 54 Booker T. Washington Middle School. While pursuing high school, Chalamet joined the Fiorello H. LaGuardia High School of Music & Art and Performing Arts, where he studied acting and graduated in 2013. There he appeared in several of their productions which helped him to enhance his acting skills and to get to where he is off today.

Chalamet enrolled at Columbia University straight out of high school. After a year of studies, he later transferred and briefly attended the NYU Gallatin School of Individualized Study in order to pursue his acting career.

Timothée Chalamet dated Lourdes Leon, the daughter of pop icon Madonna, for over a year in 2013.

He was then romantically involved with French model and actress, Lily-Rose Depp, daughter of Johnny Depp, and Vanessa Paradis. They broke off in 2020.

In 2020, he began a relationship with actress Eiza Gonzalez.

Timothee Chalamet made his theatrical debut in a minor role in Jason Reitman’s critically panned  Men, Women & Children for his role as Danny Vance. The film had its theatrical release in 2014. Following that, he portrayed the role of Tom Cooper, the son of Matthew McConaughey’s character, in Christopher Nolan’s Interstellar.

As of 2023, Timothee’s net worth is estimated to be $6 million US dollars.

Growing up, Chalamet spent his childhood summers in France, and thus he is fluent in French.

His childhood dream was to be a footballer (soccer player) and has said: “Growing up, I split my time between New York and a tiny village about two hours from Lyon… I was a coach at a football camp in France. I coached six to ten-year-olds when I was around thirteen.”

To play the role of a young Italian man, Timothée learned to speak Italian, play the guitar, and practice playing the piano.

He is a big fan of AS Saint-Étienne.

For his performance in ‘Lady Bird’, he received nominations for a ‘SAG Award’ and a ‘Critics’ Choice Movie Award’.

In October 2017, he revealed that he would be donating his entire A Rainy Day in New York salary to the Time’s Up initiative against harassment and assault, LGBT Center of New York, and RAINN. He made this after sexual assault allegations against Woody Allen.

He has many movies lined up for release in 2018 including Beautiful Boy, A Rainy Day in New York, and The King.