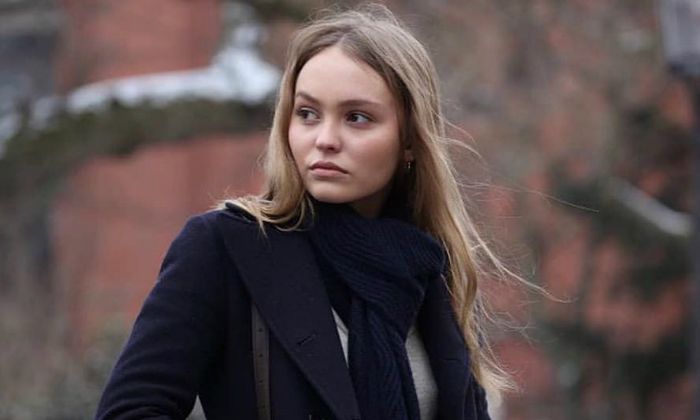 Lily-Rose Melody Depp is a French-born American actress and model. The only daughter of actor Johnny Depp and singer Vanessa Paradis, Lily-Rose forayed into the glamour world at the age of 16 when she became the youngest ever face of the lifestyle brand Chanel. She soon grabbed the spotlight, featuring in the brand’s campaigns and modeling shoots.

Lily-Rose is a designer’s delight in modeling as she has made it to the covers of several fashion magazines and walked the ramp for famous designers. She launched her acting career with a cameo appearance in the Canadian comedy-horror film Tusk and went on to feature alongside her father in the movie Yoga Hosers. She has also starred in movies like The Dancer, Planetarium, and A Faithful Man.

Lily-Rose Melody Depp was born on the 27th of May 1999, in Neuilly-sur-Seine, Paris, France. She is currently 22 years old.

Lily-Rose Melody Depp is the oldest and the only daughter of American actor, producer, and musician Johnny Depp and French singer, actress, and model Vanessa Paradis. She has a younger brother named John “Jack” Christopher Depp III. She is the niece of French actress Alysson Paradis. Her paternal grandparents were John Christopher Depp and Betty Sue Palmer and André Paradis and Corinne Paradis were her maternal grandparents.

Lily is a high school drop out. She didn’t graduate from high school as she dropped out of Los Angeles prep school in 2016 to pursue a full-time career in acting. In an interview to Vogue, she told that she had never thought of going to college was her goal, instead, she wanted to live on her own and become an actress.

Lily-Rose began dating actor Timothée Chalamet in 2018. In October 21018, the two were spotted publicly kissing each other in New York City, which made her fans believe that they are in a relationship. The couple broke up in 2020.

Previously, she dated English model Ash Stymest from 2015 to April 2018. He has appeared on the covers of magazines like Vogue Hommes and Italian Vogue.

Lily-Rose made her acting debut in 2014 playing a cameo in the comedy-horror movie, Tusk. She played the role of Colleen Collette, a role that was apparently written for her. The film was written and directed by Kevin Smith, the father of her close friend Harley Quinn Smith, who starred alongside her in the film. Her father Johnny Depp was also featured alongside her in the film.

Her first television appearance was in a French TV series, Le journal du Festival, in which she guest-starred in an episode of the series.

As a singer, she recorded three singles, I’m the Man, Babe, and O Canada, for the music album of the movie, Yoga Hosters. Her co-star and friend Harley Quinn Smith also contributed to the tracks of the album.

Lily-Rose.s most popular movies include Yoga Hosers and The Dancer. in 2016, she starred alongside Natalie Portman in the French-Belgian drama movie, Planetarium.

Lily-Rose Melody Depp has done endorsement work for the lifestyle brand Chanel. She has been the face of the brand since 2015 and has since endorsed a number of products under the label.

According to celebrity net worth, Lily-Rose Melody Depp’s net worth stands at $1 million dollars in 2023.

Her father Johnny Depp has tattooed her name on his chest over his heart.

Lily-Rose is fluent in both English and French.

Her parents parted ways in 2012 after being together for 14 years. They were never married. They share joint custody of her and her brother together.

She’s suffering from an eating disorder called anorexia from her young age, from which, she is recovering now.

She entered the world of fashion and entertainment in 2014 following the footsteps of her parents.

Lily-Rose became the youngest-ever face of Chanel at age 16. She has featured in a lot of the brand’s campaign, making her a popular teenage model in the industry.

At just 18 years old, Lily-Rose was named to the Business of Fashion 500, the “definitive professional index of the people shaping the $2.4 trillion fashion industry”.

Depp got featured in Irish rapper Rejjie Snow’s video ‘All Around the World’, in October 2015.

In February 2017, Depp and her mother Vanessa Paradis were featured in Our City of Angels magazine. The sales proceeds for the issue were donated to Planned Parenthood.

She has always been in the limelight even since her birth for being the daughter of celebrity parents. Her parents protected her from media spotlight until she became a model.

In fact, acting isn’t her first choice of profession. She originally wanted to be a singer but changed her plans when she got inclined towards acting.

Depp divides her time between Los Angeles and Paris.

In 2017, she received nominations for Most Promising Actress at the 42nd César Award and 22nd Lumières Awards, respectively.

Singer Marilyn Manson is her godfather.