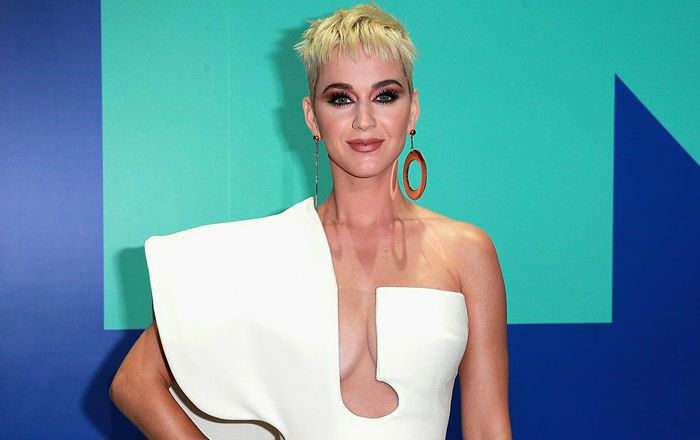 Who is Katy Perry?

Katy Perry is an award-winning singer, songwriter and media personality who caught the attention of the American masses with the release of her single, “I Kissed a Girl” in 2008. This single topped the U.S. Billboard Hot 100 for several consecutive weeks, and has since, the stunning artist has evolved to be a successful singer, earning a name for herself in the music industry. Katy is one of the richest and best selling artists of our generation and has sold over 40 million albums globally throughput her career.

Katy Perry is the daughter of Pentecostal pastors Mary Christine (née Perry) and Maurice Keith Hudson. She has English, German, Irish, and Portuguese ancestry. She has two siblings, a younger brother named David, who is a singer, and an older sister, Angela

She then enrolled at the  Dos Pueblos High School where she obtained her General Educational Development (GED) at age 15, during her freshman year and left to pursue a musical career.

Katy Perry was married to British comedian Russell Brand from 2010 until 2012. The couple had their wedding on October 23, 2010, in a traditional Hindu ceremony near the Ranthambhore tiger sanctuary in Rajasthan, India. They split on December 31, 2011, and their divorce was finalized on July 16, 2012.

The gorgeous singer has been romantically linked with several celebrities throughout her career. She dated Jewish musician John Mayer On and Off from 2012 until 2015, finally ending their relationship in July 2015. She had a short-lived relation with DJ Diplo aka Thomas Pentz from 2014 to 2015. Katy then dated English actor Orlando Bloom, which is On and Off again relationship since 2016. In April 2018, the couple met Pope Francis at the Vatican.

She gained fame with the release of her second studio album, a pop rock record, “One of the Boys”, on June 17, 2008. The album managed to reach #9 on the US Billboard 200 and sold over 7 million copies worldwide. It spawned hit singles “I Kissed a Girl”, “Hot n Cold”, and “Waking Up in Vegas”, all of which topped the US Billboard Hot 100. The album received multiple gold and platinum certifications.

Her third album “Teenage Dream” was a commercial success, which spawned five huge hits including “California Gurls” and “Firework”. She became the first female to have such a record at the Hot 100 list and was placed second after Michael Jackson as an artist to have this record.

Katy Perry made her feature film debut with a voice role in the 2011 film “The Smurfs”. She provided voice to the character Smurfette in the film.

Her first acting role was in a documentary “Katy Perry: Part of Me” in 2012.

Perry earned her first acting job in the 2008 TV show “Wildfire”, where she appeared as a club singer in an episode titled “Life’s Too Short”.

She has been a judge on ABC’s revival of American Idol, which premiered in March 2018. She gets a salary of whopping $25-million per season.

Throughout her career, Katy has made a few remarkable contributions to music industry, including her hit albums and singles such as “I Kissed a Girl”, “Hot n Cold” “California Gurls”, “Teenage Dream”, “Firework”, “E.T.”, and “Last Friday Night (T.G.I.F.)”.

Perry has received many awards, including four Guinness World Records, five American Music Awards, a Brit Award, and a Juno Award, and has been included in the annual Forbes lists of highest-earning women in music from 2011–2018.

Katy Perry has a net worth of $330 million dollars. She owns multiple real estate properties in California, including a $6.5m mansion in LA with a huge swimming pool and a lavish apartment in New York. She has a large collection of exotic cars, including a black Audi A5 and a pink smart car.

Katy began singing at a very young age and sang in the church choir.

She had a very strict Christian upbringing , listening to gospel music.

She was discovered by Nashville rock artists Steve Thomas and Jennifer Knapp, who polished her singing her song-writing skills.

Katy released her debut album under her original name, but it was unsuccessful. She adopted the stage name Katy Perry after moving to Los Angeles at the age of 17, where her career musical actually took off.

Her albums “One of the Boys” and “Teenage Dreams” catapulted her stardom.

She served as a guest judge on American Idol and The X Factor UK in 2010.

She is a LGBT rights activist.

Katy holds three Guinness Book World Record – Best Start On the US Digital Chart by a Female Artist, First Female with Five Number One US singles from One Album and Most Twitter Followers.

In 2018, Katy ranked at number four on Forbes’ list of “Highest-Paid Female Celebrities” with earnings of $83 million, making her the highest-placing woman in music on the list.