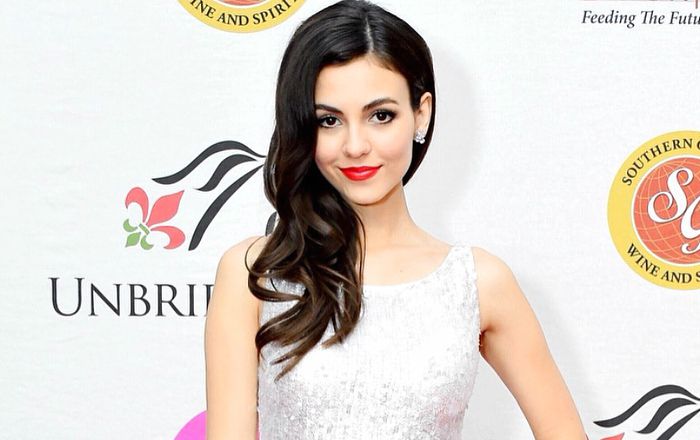 Actress and singer who gained popularity for appearing on Nickelodeon television series, Zoey 101, Victorious, and iCarly. Victoria Justice played Lindy Sampson in the MTV series Eye Candy. Her film credits include The Boy Who Cried Werewolf, Fun Size, The First Time, and Naomi and Ely’s No Kiss List. In addition to acting, Victoria Justice has recorded several songs for the soundtrack to the Nickelodeon musical Spectacular!

Victoria Justice was born on the 19th of February 1993, in Hollywood, Florida, United States of America. She’s currently 29 years old.

Victoria Justice’s parents are Serene Reed and Zack Justice. While she’s a Florida native, she’s got English, German, and Irish roots on her father’s side and Puerto Rican roots on her mother’s side. She has a younger half-sister named Madison Grace Reed

Justice went to Cleveland High School and obtained her diploma through a home school program.

She was previously in relationships with Josh Hutcherson, Nickolas Hoult, Ryan Rottman, and Pierson Fode.

Victoria Justice made her acting debut with the 2005 film When Do We Eat?, in which she played the role of Young Nikky.

Victoria Justice has her first television appearance in the American comedy-drama television series, Gilmore Girls in an episode titled, “The Hobbit, the Sofa, and Digger Stiles”.

She has endorsed a number of brands like Ralph Lauren, Gap, Guess, Mervyn’s, Peanut Butter Toast Crunch, and Ovaltine.

She considers herself a tomboy.

She decided to become an actress at the age of 8 after watching commercials and subsequently, she started appearing in commercials, television shows, and films.

Justice was 10 when she made a guest appearance on the television series Gilmore Girls in 2003.

In 2005, Justice was accepted into the musical theatre program at the Millikan Performing Arts Academy in Los Angeles.

Victoria is often compared to Nina Dobrev since they look quite alike.