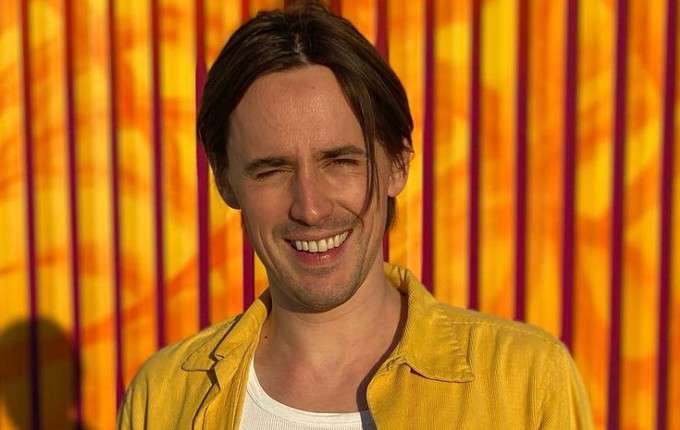 Reeve Carney is an American actor and singer who came to prominence after playing the role of Spider-Man in the Broadway musical Spider-Man: Turn Off the Dark. He then played Orpheus in the Tony Award-winning Broadway musical, Hadestown. On Television, he is known for his roles on shows like Penny Dreadful and The Rocky Horror Picture Show: Let’s Do the Time Warp Again.

In addition to being an actor, Reeve is also credited as a singer. He issued his debut album Youth is Wasted on October 14, 2016. Besides writing and producing his own music, Reeve has also contributed to the soundtrack for television films such as Spider-Man: Turn Off the Dark, The Rocky Horror Picture Show: Let’s Do the Time Warp Again, and Hadestown.

Reeve Carney is one of three children to John Carney and his wife Marti Heil-Carney. His father was a songwriter who wrote jingles and his mother studied music at the Cincinnati College-Conservatory of Music. She was also a singer, actress, and jewelry designer. Actor Art Carne was his great-uncle. He has two siblings: a brother, Zane Carney, an actor, and singer, and a sister, Paris Carney, a singer.

Summing up, all or most of his family were pretty much involved in the arts. Now you have got an idea from where he got his music genes. He spent much of his early life hanging out with musicians and started working in music as young as eight years old. He sang for jingles written by his father.

Reeve attended the Academy of Music at Alexander Hamilton High School and later enrolled at the Art Student’s League in New York City.

Thanks to his early efforts, he got into the prestigious University of Southern California’s Thornton School of Music. At the school, he studied studio jazz guitar.

Reeve has been romantically linked to actress Eva Noblezada since 2019.

Prior to his relationship with Eva, he dated actress and singer Victoria Justice for more than years from 2016 to 2019, and had short-lived relationships with singer Lana Del Rey, actress Ashley Greene, and actress Jennifer Damiano. He was also attached intimately with the Australian musician and a member of the band, the Veronicas, Lisa Origliasso.

He began his career at a very young age. Thanks to his parents’ connections in the industry, he was able to launch his career when he was young. He started off with signing for radio and TV commercials before writing and producing his own music. He has as well used to play guitar at nightclubs in and around Los Angeles.

Reeve landed his first acting role in the film The Saint of Fort Washington in 1993. In 1999, he won the Young Artist Award for Best Performance in a Feature Film for his work in the film Snow Falling on Cedars. From 2014 to 2016, he played Dorian Gray in the TV series Penny Dreadful.

Reeve released his first EP titled Looking Glass in 2004. His debut album Youth is Wasted arrived on October 14, 2016, on Scissorhands Records. In 2021, he was cast as Tom Ford in the film House of Gucci.

He has been making money since he was a little girl. He has found a tremendous amount of success both as an actor and singer. Thanks to his efforts at such a young age, Reeve Carney has accumulated a huge net worth for himself., As of 2023, Reeve Carney’s net worth sits at $4 million.

He sang in a concert at Lincoln Center’s Avery Fisher Hall with Peter, Paul, and Mary when he was 8 years old.

He appeared in the children’s choir on Michael Jackson’s 1995 HIStory album.

In 2012, he appeared in Taylor Swift’s music video “I Knew You Were Trouble”.

He co-founded the rock band Carney with his brother Zane and band members Jon Epcar and Aiden Moore.

He has worked with artists such as Lana Del Rey, Bono, Arcade Fire, U2, Jonny Lang, and Taylor Swift.

Reeve won the Grammy Award for Best Musical Theater Album for his performance in the musical Hadestown.