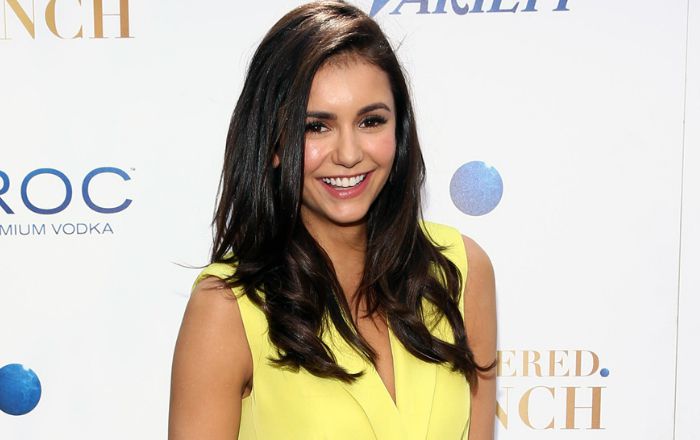 Nina Dobrev was born on the 9th of January 1989, in Sofia, Bulgaria. She’s currently 34 years old.

She was educated at J. B. Tyrrell Sr. Public School in Scarborough, Canada. Then, she attended Wexford Collegiate School for the Arts in Scarborough, Ontario, and Ryerson University, Toronto, majoring in sociology. But she didn’t complete graduation due to her passion for acting.

Nina Dobrev is currently in a relationship with snowboarder Olympian Shaun White.

Nina Dobrev made her acting debut in 2006 starring as Monica in the Canadian film “Away from Her”.

Her first leading role in a film came in 2011 when she was as Candace Kelmeckis in the film adaptation of “The Perks of Being a Wallflower”, alongside Logan Lerman, Emma Watson, and Paul Rudd.

She earned her first acting credits as Young Frannie McKenzie in the 2006 television film, “Playing House”.

Dobrev’s first major acting role was as Mia Jones on the teen drama television series “Degrassi: The Next Generation”.

Nina Dobrev’s starring roles in television series “Degrassi: The Next Generation” and “The Vampire Diaries” received critical acclaim as well as earned her several awards.

As of 2023, Nina Dobrev has a net worth of $11 million. Nina made her fortune by appearing on television and in films. She owns an Audi S4 Cabriolet convertible and a Mercedes Benz E 350.

Though she was born in Bulgaria, her parents immigrated to Canada when she was two years old.

She learned ballet and jazz as well as competed in rhythmic gymnastics in her youth.

She is fluent in English, French and Bulgarian.

She is a huge fan of the “Harry Potter” series, by J.K. Rowling.

Nina Dobrev has two pets, a dog and a cat named Miss Linx.

In 2014, she won the mtvU fandom Ship of the Year award with Ian Somerhalder.

She made a cameo appearance in Drake’s music video “I’m Upset” in 2018.

In 2021, she and Julianne Hough launched the wine company, Fresh Vine Wine, and the same year, she directed a short film titled The One, and premiered it at SCAD Savannah Film Festival.