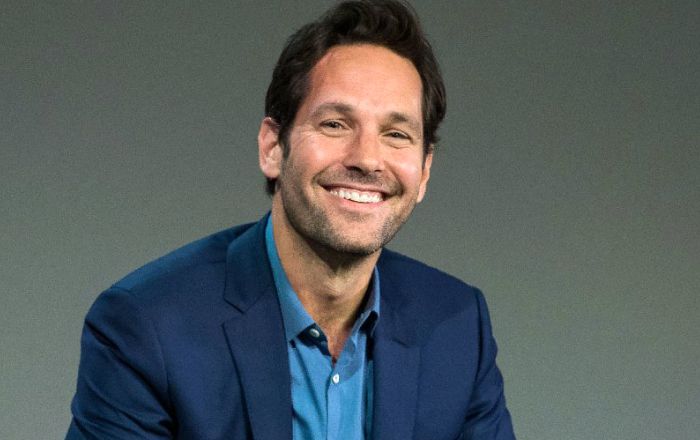 Paul Rudd was born on the 6th of April 1969 in Passaic, New Jersey, United States of America. He is currently 53 years old.

Rudd enrolled at the University of Kansas where he majored in theater. He was also a member of the Sigma Nu fraternity at the university.

Paul Rudd landed the lead role in the 1995 American coming-of-age romantic comedy film, Clueless, in which he played the role of Josh.

Rudd made his first television appearance in 1992 with the television drama Sisters where he played Kirby Quimby Philby.

He gained popularity for playing Mike Hannigan in the NBC sitcom Friends.

He worked as a disc jockey at Bar Mitzvahs before having a successful acting career.

Paul received a star on the Hollywood Walk of Fame at 6834 Hollywood Boulevard in Hollywood, California on July 3, 2015.

Paul is close friends with Rob Thomas and Jon Hamm.

In 2015, he won the CinemaCon Award for Male Star of the Year for his role in the film Ant-Man.

He is set to reprise his role as the superhero Ant-Man in the upcoming Avengers film, which is scheduled for release in 2019.

He is best friends with Jennifer Aniston and they know each other since they were age 21, before they both succeeded.