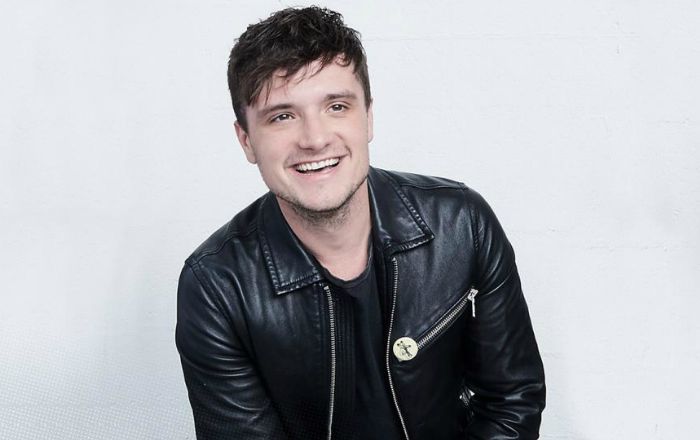 Josh Hutcherson is one the most sought-after and highest-paid actors in Hollywood who is best known for his role as Peeta Mellark in The Hunger Games film series from 2012 to 2015. He received several accolades for his role, including multiple MTV Awards, Teen Choice Awards, and CinemaCon Award for Breakthrough Performer of the Year. He also starred as Sean Anderson in Journey 2: The Mysterious Island. His other notable works in film include Detention, The Forger, and Escobar: Paradise Lost. He plays the lead role of Josh Futturman in the web television series Future Man.

Josh Hutcherson was born on the 12th of October 1992, in Union, Kentucky, United States of America. He’s currently 30 years old.

Josh Hutcherson is the elder son of Michelle (née Fightmaster), a former Delta Air Lines employee who now assists with Josh’s career, and Chris Hutcherson, an analyst for the United States Environmental Protection Agency (EPA). He has one younger brother, Connor.

Josh Hutcherson made his acting debut as Robin in the 2003 American biographical comedy-drama film, ‘American Splendor’. The film was based on Harvey Pekar, the author of the American Splendor comic book series.

Josh started his acting career at a young age when he landed the lead role of Young Glen in the pilot episode of Becoming Glen.

Josh had his first major break when he was cast to star as Peeta Mellark in The Hunger Games series, opposite Jennifer Lawrence from 2012 to 2015.

He has done endorsement work for Time Warner.

As of 2023, Josh Hutcherson has a net worth of $20 million dollars. This money mainly comes from his work in films and television.

Josh decided to become an actor at a very young age. He began appearing in TV commercials as a child, and in fact, he spent most of his time on film sets rather than in a classroom.

At age 9, he moved to Los Angeles and started auditions for TV pilots while continuing his education via homeschooling.

He cites actor Jake Gyllenhaal as his inspiration for acting.

In 2002, he landed his acting role as Nicky Harper in the 2002 pilot episode of House Blend, and thereafter, he hasn’t turned his back.

Has three tattoos: one of a Libra sign on his left wrist, one of an anchor on his right torso side and a pirate ship on his back between his shoulders.

The turtle was a gift given by Kristen Stewart for his 13th birthday.

Josh had a crush on Angelina Jolie and Jamie Lynn Spears.

He is a great supporter of LGBT rights.

In April 2012, he became the youngest recipient of the Vanguard Award from GLAAD, which honors those who work for the cause of the LGBT community.