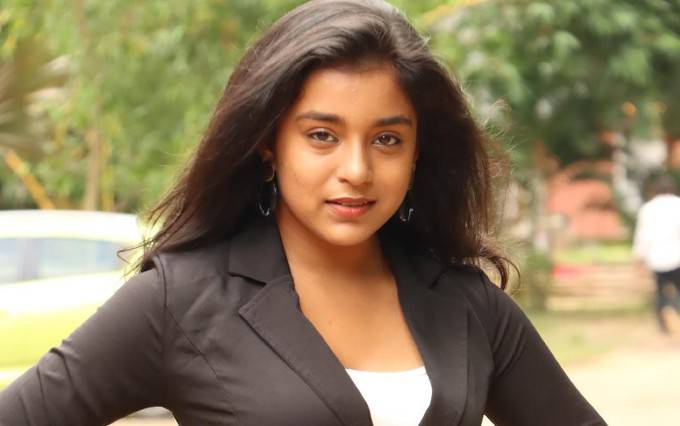 Sumbul Touqeer Khan is an Indian actress and model who is best recognized for playing the titular role in the Star Plus drama series Imlie. Her recent acting credits include Ishaaron Ishaaron Mein, Chandragupta Maurya, and Article 15. In 2022, she appeared in the Salman Khan-hosted reality show Bigg Boss 16 and she was the youngest and also the highest paid contestant of the season.

Her father, Touqeer Hasan Khan, is a choreographer and worked in several films. She has a younger sister named Saniya Touqeer. She caught the acting bug at an early age and decided to become an actress when she was a little girl.

Back in 2018, Sumbul started acting while she was still in high school. Her first acting gig happened with the Sony TV historical fiction drama series Chandragupta Maurya, in which she played her part as Shubhada, Sukhdev’s daughter and Chandragupta’s friend. She landed her next role in Ishaaron Ishaaron Mein, where she was seen as Khushi Srivastav.

Though Sumbul is just 18 years old, the actress already has a major acting credit to her name. She was cast in her first lead role of Imlie in the TV series titled Imlie alongside Fahmaan Khan, Gashmeer Mahajani, and Mayuri Deshmukh. Her TV roles opened the door for Millie to make her feature film debut in the 2019 drama film Article 15, starring Ayushmann Khurrana, Nassar, Manoj Pahwa, Kumud Mishra, Isha Talwar, Sayani Gupta, and Mohammed Zeeshan Ayyub.

Thanks to the efforts she put in at an early age, she made a bigger splash in 2022 when it was announced she would participate in the Salman Khan-hosted reality show Bigg Boss 16. Competing against the likes of some of the biggest names in the industry, the young budding star is so confident and excited to be a part of the show. The show stars Sreejita De, Tina Datta, Shiv Thakare, Soundarya Sharma, Shalin Bhanot, Archana Gautam, Priyanka Chahar Choudhary, Ankit Gupta, Nimrit Kaur Ahluwalia, and Abdu Rozik. The show airs on Colors TV.

She took the entire industry by surprise when it was revealed that she’s the highest-paid contestant in this season, taking home 12 lakhs rupees per week.

Her mother passed away when she was young.

In 2015, she appeared in the reality show DID Lil Masters.