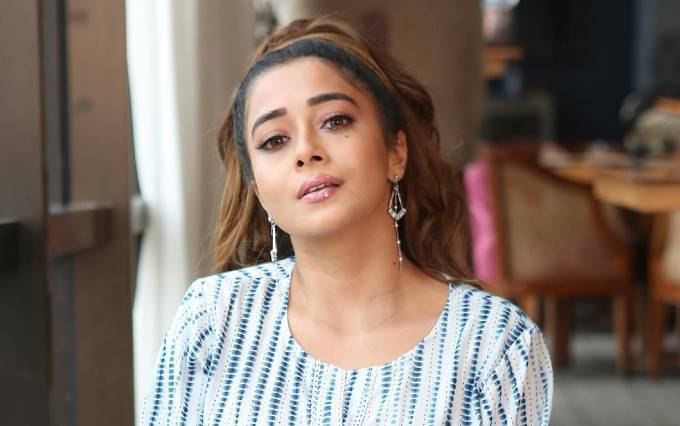 Indin actress and model Tina Datta has been ruling the television industry for years now. Having started her acting career at the age of 5, she’s featured in both films and television soaps. But it is her dual roles of Ichcha and Meethi in Colors TV’s popular soap Uttaran that made her a household name. Ever since then, she has taken major roles, including Dhamini in Karmaphal Daata Shani and Jahnvi in Daayan, which further boosted her career. The 30-year-old actress is one of the most prominent names in the television industry who’s gotten millions of fans across the country. In 2022, she added one more credit to her already impressive resume – Bigg Boss 16. She has also appeared in a number of shows like Box Cricket League 1, Fear Factor: Khatron Ke Khiladi 7, Jhalak Dikhhla Jaa 7, Comedy Nights Bachao, and starred in the 2020 webs series Naxalbari. She has amassed around 3 million followers on Instagram.

Not much is known about her early life as of now. She was born into a Bengali family. Her mother’s name is Madhumita Datta. She has a brother named Debraj Datta.

Tina studied at Meghmala Roy Education Centre in Behala, Kolkata, and St. Paul’s Boarding And Day School in Khidirpur. After completing school, she enrolled at the University of Calcutta where she earned her bachelor’s degree in English Honors.

Tina Datta is currently single and unmarried as of now but has been involved in multiple relationships in the past. Her first publicly known relationship was with supervising producer Mahesh Kumar. As per media reports, the duo secretly got married and lived in her mother’s home. They kept their relationship away from the spotlight. They broke off in 2011.

In 2013, she was seen going out with Mumbai-based businessman Paresh Mehta and they began dating shortly after. The relationship turned out to be a bitter one for Tina as she revealed that she was abused by Paresh while she was in a relationship with him. She called it quits in 2018.

Tina has been in the acting game for a very long time. Over the years, she has built an impressive resume, thanks to the projects she starred in. It all started with Sister Nivedita, a daily soap that she acted on when she was just 5 years old. After that, she played a number of supporting and minor roles in both movies and TV shows, but she really catapulted to fame after she was cast in the TV series Uttaran. In her first major project, she played the dual roles of Ichcha and Meethi, she received widespread acclaim and recognition for her stunning performance and eventually became a household name.

Her other notable appearances include Dhamini in Karmaphal Daata Shani and Jahnvi in Daayan. After Daayan, she was not seen much on television, appearing only in a few TV shows and a web series titled Naxalbari. In 2022, Tina popped up all over again for her appearance in the reality show, Bigg Boss 16. In a brand new season, she would compete against the likes of Sreejita De, Shiv Thakare, Soundarya Sharma, Shalin Bhanot, Archana Gautam, Priyanka Chahar Choudhary, Ankit Gupta, Nimrit Kaur Ahluwalia, and Abdu Rozik. The show airs on Color TV.

She was raised in Kolkata and moved to Mumbai during her early twenties to pursue her acting career.

In 2003, she co-starred with Aishwarya Rai Bachchan, Prosenjit Chatterjee, and Raima Sen in the film Chokher Bali.

In 2010, she won the Producers Guild Film Awards in the category of Best Actress in a Drama Series for her work in the TV series Uttaran.

In 2016, she participated in the gaming show Fear Factor: Khatron Ke Khiladi 7 and was the 4th contestant to be eliminated from the show.

She can be predominantly seen in Hindi and Bengali films and TV shows.