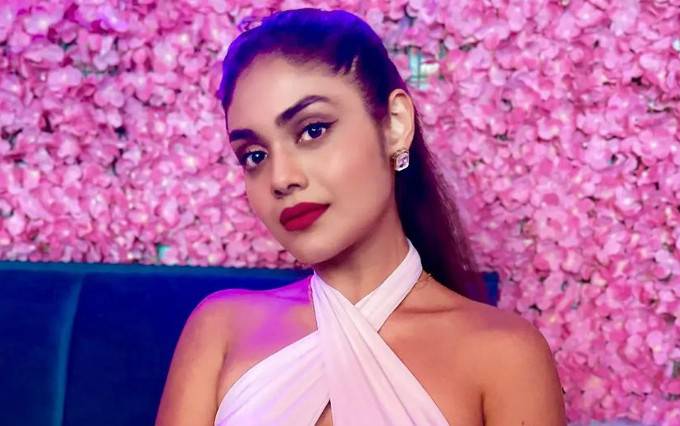 Sreejita De is an Indian actress and model who is best recognized for her starring roles as Mukta Rathore in Colors TV’s longest-running soap Uttaran and Dilruba in Star Plus’s Nazar. She has also starred in films like Tashan, Luv Ka The End, and Monsoon Shootout. In 2020, she starred alongside Tin Darra in the web series titled Naxalbari. The actress played guest roles on a number of television shows from 2008 to 2020, which eventually led to her major break in 2022 when she starred in Colors TV’s hit reality gaming show, Bigg Boss. She’s dating Michael Blohm Pape, a German national from 2019.

Sreejita is the daughter of Swapan Kumar De and his wife Lipi De. she is the only child of her parents.

Sreejita attended St. Xavier’s School, Haldia, and was later admitted into the Ruia College and graduated with a bachelor’s degree in Mass Media

Sreejita has been in a relationship with Michael Blohm Pape since January 2019. The couple first met at a restaurant in Mumbai and began dating shortly after. He’s a German national. They got engaged in 2019 and planned to get married in 2020, but postponed their marriage due to the COVID-19 pandemic. In a recent interview, she confirmed that they are likely to tie the knot in 2022.

She was previously linked with an IT engineer and television producer Abdur Rahman.

Sreejita began her professional acting career back in 2007 when she played Gargi Bajaj in the Star Plus soap opera Kasautii Zindagii Kay. Her first big break happened when she landed the role of Mukta Raghuvendra Pratap Rathore, Tapasya’s daughter, in Colors TV’s soap Uttaran. After that, she took on the role of Dilruba in her next major TV series Nazar on Star Plus.

Sreejita didn’t start earning huge checks during the early years of her career but Uttaran changed everything. She charged hefty checks during her run on the show and also increased her remuneration after the show became a huge hit while also becoming a household name. With her recent stint on Bigg Boss, Sreejita is going to cash in a lot, and as per the reports, she’s paid 4-5 lakhs rupees her week. The show also stars Sreejita De, Tina Datta, Shiv Thakare, Soundarya Sharma, Shalin Bhanot, Archana Gautam, Priyanka Chahar Choudhary, Ankit Gupta, Nimrit Kaur Ahluwalia, and Abdu Rozik

She landed her first feature film role as Parvati in the film Tashan starring alongside Akshay Kumar, Saif Ali Khan, and Kareena Kapoor.

She joined Uttaran in 2009 as a series regular playing the role of Mukta Rathore Kashyap. She was with the show from 2009 until 2015. For her performance, she earned Golden Petal Awards nominations in multiple categories in 2012.

Sreejita is one of the contestants in Salman Khan hosted Bigg Boss 16.