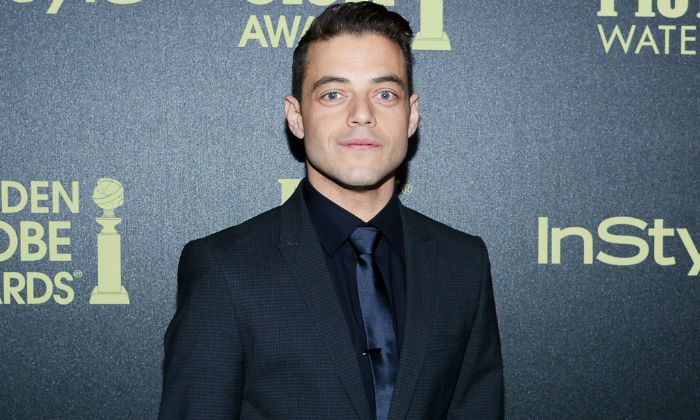 Rami Malek is an American actor who is widely known for playing the titular character in the 2018 biopic, Bohemian Rhapsody. For his work in the film, he won the Academy Award, Golden Globe Award, Screen Actors Guild Award, and the British Academy Film Award for Best Actor in a leading role.

He is the first actor of Arabic heritage to win an Oscar in the Best Actor category. He came into the limelight for his role as computer hacker Elliot Alderson in the USA Network television series Mr. Robot. He landed significant roles in the Fox sitcom The War at Home, the HBO miniseries The Pacific, and the Night at the Museum film trilogy.

Rami was born to Egyptian parents Said Malek and Nelly Abdel-Malek. His father worked as a tour guide in Cairo before moving to the USA, where he worked as an insurance agent. His mother is an accountant. He has two siblings, a twin brother named Sami who is younger by four minutes, and an older sister named Yasmine who is an ER doctor. His parents immigrated to the US from Cairo in 1978 and settled over in Sherman Oaks, Los Angeles.

Rami studied at Notre Dame High School. After Malek completed his high school studies in 1999, he enrolled himself at the University of Evansville in Indiana to study theater and earned his Bachelor of Fine Arts degree in 2003. He was later honored with a 2017 Young Alumnus Award, “given to those who have achieved personal success and contribute services to their community and to UE” by the college.

Talking about his personal life, the Bohemian Rhapsody actor is introverted and extremely reluctant to discuss his private life with the media. He had once said, “I’m an exuberant person. I thrive on affection. I like chitchat … One of the great things about living in New York is that you meet so many strangers—and I love encounters with strangers. … I love meeting people and hearing their stories”.

Rami Malek has been in a relationship with his Bohemian Rhapsody co-star Lucy Boynton since 2018. He confirmed it during his acceptance speech for the Breakthrough Performance of the Year award at the 30th Annual Palm Springs International Film Festival.

Rami earned his first acting job in 2004 when he was cast as Andy in one of the episodes of the comedy-drama TV series, Gilmore Girls. He appeared in the episode titled “In the Clamor and the Clangor”.

Bryan Singer’s 2018 biographical film, Bohemian Rhapsody, is one of the most important works in Rami Malek’s career. The film chronicles the life of Freddie Mercury, lead singer of the British rock band Queen. He played the lead role of Mercury, along with actors Lucy Boynton, Gwilym Lee, Ben Hardy, Joe Mazzello, Aidan Gillen, Tom Hollander, Allen Leech, and Mike Myers. The film was a commercial success, grossing more than $860 million on a $55 million budget. His performance in the film was praised by critics and received his first Academy Award for Best Actor, with the film itself winning three more awards for Best Film Editing, Best Sound Editing, and Best Sound Mixing.

Rami’s portrayal of Elliot Alderson in the drama-thriller series, Mr. Robot, has made him a household name in America. His role as a cybersecurity engineer and hacker, who is hired by Mr. Robot, an insurrectionary anarchist, to join a group of hacktivists, is well-received by the audience. He also won several major industry awards, including an Emmy for Outstanding Lead Actor in a Drama Series in 2016.

Other notable works of Rami include Clark in the 2010 drama film, The Master, and Jonah / Buster in the 2016 surreal mystery film, Buster’s Mal Heart.

Actresses Rachel Bilson and Taylor Fry were his classmates at Notre Dame High School. He also shared musical classes with actress Kirsten Dunst, who is his junior by a year at the school.

He was raised in the Coptic Orthodox faith.

Rami started his professional acting career with a guest role in the one episode of Gilmore Girls in 2004. That year, he branched out to where he played the role of Johnny Boy at the Falcon Theater in Los Angeles.

He starred as Jamie in the Vitality Productions theatrical presentation of Keith Bunin’s The Credeaux Canvas at the Elephant Theatre in Los Angeles in the spring of 2007.

Screenwriter Sam Esmail had auditioned over 100 actors before finalizing Rami to play the lead character of Elliot Alderson in the psychological drama series, Mr. Robot. He even thought of re-writing the character altogether but after seeing Malek’s audition, he went ahead with it itself.

He is the first actor of Arab and Egyptian descent to be nominated for and to win the Academy Award for Best Actor.

In an interview during the 2019 BAFTA Awards, he said he is searching for a home in London after “falling in love” with the city while filming Bohemian Rhapsody.