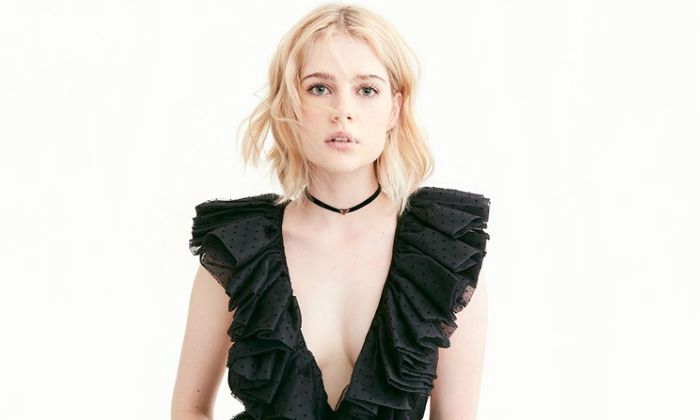 Lucy Boynton is a well-known American-born English actress who already has found plenty of success in both the television and film industry. She came into acting at a very young age and has since featured in diverse films and TV shows. She gained fame early in her career with her role as the younger version of author Beatrix Potter in the 2006 film Miss Potter, a role that earned her a Young Artist Award nomination.

As an actress, she is best recognized for her acting roles as Margaret Dashwood in the 2008 TV miniseries, Sense, Sensibility, and as Emily in the 2017 film, Let Me Go. Her notable works include Copperhead (2013), Sing Street (2016), Murder on the Orient Express (2017), Apostle (2018), and Bohemian Rhapsody (2018). In 2019, she has been picked up to play an important role in the upcoming comedy web TV series, The Politician.

Lucy Boynton is the youngest child of British-born Graham Boynton and
Adrianne Pielou. Her father is a group travel editor of the Telegraph Media Group, while her mother is also a travel writer, who works for Condé Nast Traveller in London. She has an elder sister named Emma Louise Boynton.

For education, she attended Blackheath High School and then James Allen’s Girls’ School, both in London, England.

The Gypsy actress has been in a relationship with her co-star in Bohemian Rhapsody, Rami Malek, since 2018. Lucy and Rami started dating while working together for the film in London, England.

Not long after, they started going out together and often made public appearances including Miu Miu‘s Paris Week fashion show (March 2018) and Minneapolis in February 2018. Rami is an American actor who won the Academy Award for Best Actor for his role in the 2018 biopic Bohemian Rhapsody.

In 2006, Lucy Boynton was cast as the young Beatrix Potter in the 2006 British-American film Miss Potter which marked her acting debut in a feature film. She was just 12 years old then, and without having any prior acting experience, she stunned the audience with her exceptional performance. This helped her earn her first Young Artist Award nomination in the category “Best Performance in a Feature Film – Supporting Young Actress.”

Lucy started her acting career in television with a meaty role as Posy Fossil in the BBC film Ballet Shoes in 2007. She essayed the role of a young, ambitious ballerina who is taken under the wing of a prestigious dance academy in the television film, which earned a lot of accolades and fame.

Throughout her acting career, Lucy has been a part of a handful of popular and critically acclaimed films and TV shows. Starting with films, her appearance in movies such as Copperhead (2013), Sing Street (2016), Murder on the Orient Express (2017), Apostle (2018) and Bohemian Rhapsody (2018) were highly lauded by critics, helping her gain stardom in the entertainment industry.

Coming to her television roles, Lucy got her first breakthrough with her portrayal of Margaret Dashwood in the BBC series Sense and Sensibility. in 2010, she played Henrietta Norton’ in the TV movie Mo. She landed her first lead role of Allison Adams in Gypsy, a 2017 psychological thriller web television created for Netflix by Lisa Rubin.

As an established actress in the industry, she has endorsed a number of brands over the course of her acting career. That includes Batsheva, Anna Sui, Chloe Gosselin, Leith Clark, David Morris, Erdem, among others.

As of 2023, Lucy’s net worth is estimated to be around $3 million. She earns a substantial amount of money from acting and brand endorsements. However, the exact information about her fortune and salary were not revealed to the media. She lives in Los Angeles, California.

Though Lucy has been a New York native, she was raised in London where she spent most of her childhood and teenage years.

Growing up, she used to travel around the world as her parents writers.

Lucy was supposed to play the role of Iris West in Flashpoint (2020), but Kiersey Clemons was cast instead due to unknown reasons.

She starred alongside Emma Watson, in the 2007 TV movie, Ballet Shoes.

She holds the dual U.K. and U.S. citizenship.