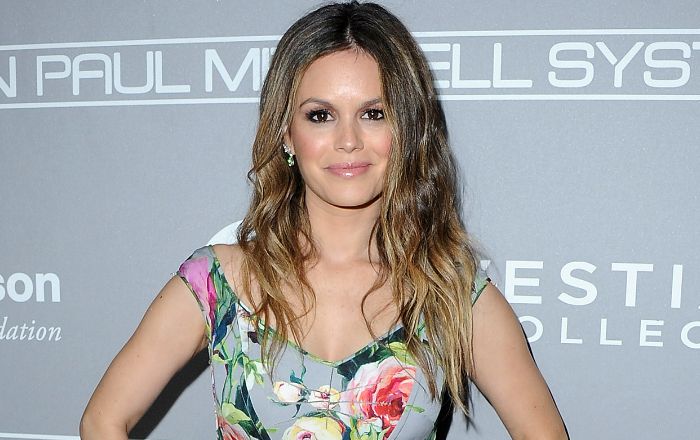 Rachel Bilson is an American actress, perhaps best known for her role as Summer Roberts on the prime-time drama series ‘The O.C’. This role earned her several accolades including three Teen Choice Awards. She further achieved success with her roles as Dr. Zoe Hart on The CW series ‘Hart of Dixie’ and as Sam Swift on the ABC series ‘Take Two’. Her film credits include ‘The Last Kiss’, ‘Jumper’, ‘Life Happens’ and ‘The To Do list’.

Rachel Bilson is the daughter of an Italian-American mother, Janice Stango, a sex therapist, and Jewish father, Danny Bilson, a writer, director, and producer. She has an older brother, John Bilson, and two younger half-sisters, Rosemary and Hattie.

Rachel attended Walter Reed Middle School and then attended Notre Dame High School from where she graduated in 1999. She later enrolled at a College in a suburb of San Diego, in California, but dropped out after her freshman year to pursue an acting career.

Rachel Bilson was in a relationship with actor Hayden Christensen from 2007 to 2017. They began dating after they worked together in the 2007 movie Jumper. Together, they have a child, daughter Briar Rose, born on October 29, 2014.

Rachel Bilson made her acting debut as Kim in the 2006 American romantic comedy-drama film, ‘The Last Kiss’ alongside Zach Braff. She played a college student who seduces Braff’s character. She was nominated for the Teen Choice Award for Choice Movie Breakout – Female for her performance in the film.

Her first television role was Jenna in It’s True! She appeared in an episode entitled “The Rats of Rumfordton” in 1998

Her first major role came in 2003 when she was cast as Summer Roberts on the prime-time drama series The O.C. After the series successful run, she became a series regular and starred until 2007. She won many awards including three Teen Choice Awards.

As of 2023, Rachel Bilson has a net worth of $12 million dollars. She lives in her Los Feliz house which is valued at $2 million. She owns a Toyota Prius.

Bilson started her professional career appearing in commercials before debuting in early 2003, appearing in one episode of Buffy the Vampire Slayer.

She loves basketball and is a fan of the Los Angeles Lakers.

In 2005, the US edition of FHM Magazine ranked her 77th in their 00 Sexiest Women in the World list.

Bilson was named one of People magazine’s “100 Most Beautiful People” in 2006.

Bilson refused to act nude in the film The Last Kiss and asked for a body double during the sex scenes with Zach Braff.

She has described herself as having a “vintage” sense of style and noted Kate Moss and Diane Keaton. as inspirations.