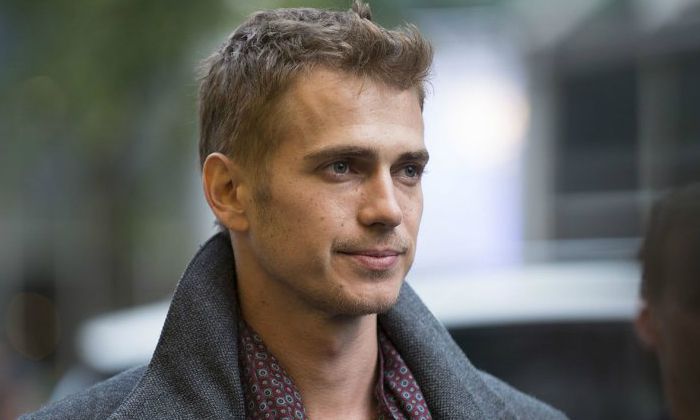 Hayden Christensen is a Canadian actor and producer. He became known on the global market for his power-packed portrayals of Anakin Skywalker and Darth Vader in Star Wars Episodes II and III, respectively. Having been in the industry for over a quarter of a century, Hayden earned his first Golden Globe nomination for Best Supporting Actor in 2001 for his role as Sam in Irwin Winkler’s drama film, ‘Life as a House’.

On the television front, he has guest appeared in such television series as ‘Forever Knight’, ‘Goosebumps’, ‘Are You Afraid of the Dark?’ and ‘The Famous Jett Jackson’. In 2000, he was cast in a major role as Scott Barringer in the drama series, ‘Higher Ground’. As of 2023, Hayden Christensen has a net worth of $12 million.

Hayden Christensen was born on the 19th of April 1981, in Vancouver, British Columbia, Canada. He is currently 40 years old.

Hayden Christensen is the third of four children to parents, Alie, a speechwriter, and David Christensen, a computer programmer, and communications executive. He has three siblings, older brother Tove, older sister Hejsa, and younger sister Kaylen. His father is Danish while his mother has Swedish and Italian roots.

For education., Hayden was educated at several schools including Baythorn Public School and Unionville High School. While in high school, he played competitive hockey as well as tennis. In addition to receiving a formal education, he also studied acting at the Actors Studio in New York City, and Arts York program for drama, at Unionville High School.

Regarding her personal life, Hayden Christensen had dated American actress Rachel Bilson from 2007 until 2017. They worked together on the movie, Jumper (2008). Together, they have a child, a daughter named Briar Rose Christensen, born on October 29, 2014. They called in quits in September 2017.

Hayden Christensen landed his first acting role in 1994, at the age of 13, when he was cast in a supporting role as a paperboy in the horror movie, In the ‘Mouth of Madness’.

After a slew of minor roles, Hayden got his first breakthrough role of Sam Monroe, a misunderstood teenager, in Irwin Winker’s drama flick, ‘Life as a House’ in 2001. He received a handful of award nominations, including a Golden Globe and a SAG Award, and even won the National Board of Review’s award for Breakthrough Performance of the Year.

In 1993, Hayden portrayed the character of Skip McDeere in some episodes of the German-Canadian television series ‘Macht Der Leidenschaft/Family Passions.’

His biggest break was a major part in the prequels Star Wars: Episode II – Attack of the Clones (2002) and Star Wars: Episode III – Revenge of the Sith (2005). He played Anakin Skywalker, a role that earned him the Golden Raspberry Award for Worst Supporting Actor for both the films.

Over the years of a successful career as an actor, the Little Italy star has garnered a net worth of $12 million.

He began his professional acting career at the age of 8 when he was discovered accidentally and booked for the television commercials like Pringles and Triaminic cough syrup.

He secured a place in People Magazine’s “50 Most Beautiful People” list in 2002.

That same year, he was also named one of Teen People Magazine’s “25 Hottest Stars under 25”.

He acted alongside Anna Paquin and Jake Gyllenhaal in a London stage production of Kenneth Lonergan’s This Is Our Youth.

Hayden holds dual citizenship in the United States and Canada.

In 2005, Christensen made his Broadway debut when he appeared briefly in a 10-minute play.

Hayden was named as the face of Lacoste’s newest fragrance, Lacoste Challenge.

In 2018, he starred opposite with Emma Roberts in the Canadian-American romantic comedy ‘Little Italy’.