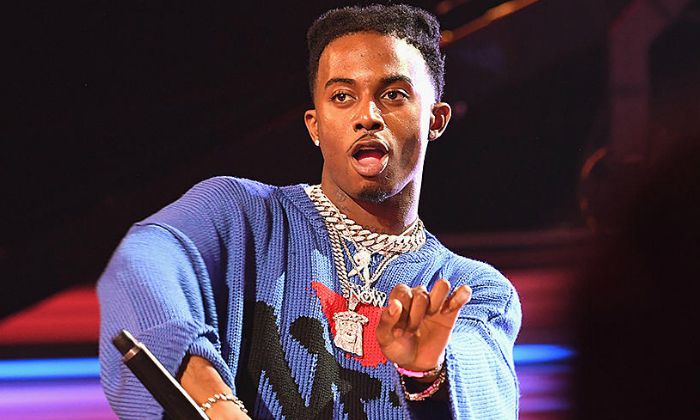 Hailing from southern Atlanta, American rapper and singer Playboi Carti first captured the industry’s attention in 2015 with his singles “Broke Boi” and “Fetti”. Two years later, he dropped his eponymous debut mixtape in April 2017, featuring guest appearances from fellow rappers Lil Uzi Vert, A$AP Rocky, and Leven Kali. in 2018, Carti released his first full-length album, Die Lit, which debuted at number three on the US Billboard 200 chart. In addition to his thriving music career, Carti is also passionate about fashion and modeling. He has modeled for popular fashion labels such as Louis Vuitton, Kanye West’s Yeezy Season 5, and Drake’s OVO Lookbook, among many others.

One of the things that Carti’s probably best known for is that he’s been inspirational to many other aspiring rappers all over the world. Though he is successful in the music world today, he has struggled a lot during his early life, which is often echoed in his music. His style of rapping is so unique that he’s been credited as a “mumble rapper” due to unclear pronunciations and frantic cadences.

Playboi Carti was born on the 13th of September 1996, in Atlanta, Georgia, United States of America. He is currently 25 years old.

While not much is known about Playboi Carti’s immediate family and his childhood, he began his music career while still in his school under the alias Sir Cartier.

Throughout his rapping career, Playboi Carti has been in relationships with many women including singer and actress, Justine Skye, American model and entrepreneur Blac Chyna, and Australian rapper Iggy Azalea.

Carti and Azalea dated for more than two years before ending their relationship in December 2019. Azalea gave birth to Carti’s son Onyx Kelly in 2020.

Carti released his first self-titled mixtape in April 2017 to critical acclaim. It charted at number twelve on the Billboard 200 chart. The mixtape included hits singles like “Magnolia” and “Woke Up Like This” and also had guest appearances from Lil Uzi Vert, A$AP Rocky, and Leven Kali.

Through his career accomplishments, the Atlanta-born rapper has earned a net worth of $9 million as of 2022. Forbes included Carti in their “30 under 30” list in 2018.

With such a passion for music, Playboi Carti has already established himself as a rapper in the pop world at just 23 years old. Carti is hugely popular on Instagram, where has over 6.8 million followers. He uploads music videos to his self-titled YouTube channel that has over 871,000 subscribers. His Twitter page has over 2 million followers while his Facebook page has amassed over 550 thousand followers.

He grew up in Riverdale, Clayton County, Georgia, and got started very early on her path to stardom.

He began his music career under the name Sir Cartier and later changed his stage name to Playboi Carti in 2012.

In the early years of her career, he produced music through the label Awful Records.

In 2016, Carti was featured on the A$AP Mob’s singles “Telephone Calls” and “London Town” from their debut album Cozy Tapes Vol. 1: Friends.

That same year he was featured on Lana del Rey’s single “Summer Bummer” from her album Lust For Life.

In July 2017, Los Angeles Police arrested him on accounts of domestic abuse after grabbing his then-girlfriend by her backpack and pulling her out of the Los Angeles International Airport. In August, all charges were dropped.

As a fashion model, Carti has walked the runway for Virgil Abloh and his brand Off-White and appeared in Nike’s commercial.