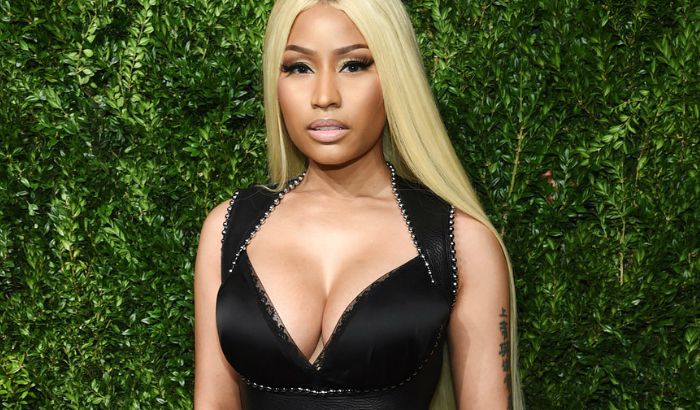 Who is Nicki Minaj?

Nicki Minaj is a Trinidadian-born American rapper, singer, songwriter, actress, and model who rose to fame with her studio albums “Pink Friday” (2010) and “Pink Friday: Roman Reloaded” (2012). Both albums reached the top spots on US Billboard 200, which catapulted her popularity and fame. It didn’t take long for her to become a successful solo artist, creating a name for herself in the world of music. Known for her bold fashion statements, the stunning beauty has won several accolades, including six American Music Awards, eleven BET Awards, three MTV Video Music Awards, four Billboard Music Awards. She is unstoppable continuing to wow audiences with her chart-busting tracks and the best-selling female rapper of all time, having sold 20 million singles as a lead artist, 60 million singles as a featured artist, and over five million albums worldwide.

Nicki Minaj was born on 8 December 1982, in Saint James, Trinidad and Tobago. She is the daughter of Robert Maraj, a financial executive and part-time gospel singer, and Carol Maraj, a gospel singer. She has four siblings: Brandon Lamar, Micaiah Maraj, Jelani Maraj, and Ming Maraj. She has African and Asian Indian ancestry.

Currently, Nicki Minaj is dating her childhood friend Kenneth Petty. The couple married secretly in October 2019 and welcomed their first child, a son, on September 30, 2020.

Past to that, she had romantically been linked with Safaree Samuels. The couple ended their relationship after being together for 14 years.

Nicki Minaj released her debut studio album entitled “Pink Friday” on November 19, 2010, which debuted at number-two on the US Billboard 200.Two years later, she released her second album “Pink Friday: Roman Reloaded”. The album was well received with the likes of “Starships” and “Pound the Alarm” and was certified platinum album. The lead single, “Anaconda” from her third album, The Pinkprint (2014), peaked at number two on the Hot 100 and is her highest-charting single in the U.S. to date.

Minaj made her film debut in the 2012 animated film Ice Age: Continental Drift, where she gave voice for the character of Steffie, followed by supporting roles in The Other Woman (2014) and Barbershop: The Next Cut (2016).

In 2010, she made a cameo appearance on the TV show, My Super Sweet 16. In 2013, she was a judge on the twelfth season of American Idol. Over the years, she has appeared on various television shows and series like Saturday Night Live, Steven Universe, Americas Next Top Model and Steven Universe, among others.

Nicki has been affiliated with numerous brand and products throughout her career, including MAC Cosmetics, OPI Products, Nokia Lumia 900, Pepsi, Adidas Originals, Kmart, and Beats Electronics.

Minaj has an estimated net worth of $80 million US dollars as of 2020. She struggled all along the way to get to where she has reached today. She did several odd jobs to support her tuition fees make her ends meet. By giving a string of mind-blogging singles and albums, she raked in with tons of money that results from her music sales, endorsements, world tours, film and TV appearances, and business endeavors.

She has her own range of perfumes with the most popular ones like Pink Friday, Majesty , and Trini Girl. Besides, she had partnered with leading brands for their exclusive line of products, mostly pink themed products.

She lives in a luxurious Malibu Monster House, which is valued at $11.8 million with numerous bedrooms and fireplaces and five garages. Minaj also has a trio of cars (Range Rover, Bentley Continental GT, and Lamborghini Aventador) splashed in pink.

She was the first female artist included on MTV’s Annual Hottest MC List.

Nicki has stated that Foxy Brown and Jay-Z are her major influences.

In 2016, Minaj was included on the annual Time 100 list of the most influential people in the world.

She has the most Billboard Hot 100 entries for a female artist in the chart’s history, while being ninth overall.

She has won the MTV Video Music Award for Best Hip-Hop Video twice, for “Super Bass” and “Anaconda”, and has won the Best Female Video Award once, for “Starships”.

She was the recipient of Billboard’s Women in Music 2011 Rising Star award.

Minaj has a tattoo in Chinese characters on her left arm, which means “God is always with you.”

Though, her hair color is naturally black, she wears wigs of different colors.

Minaj is the only woman to be featured on the Forbes Hip Hop Cash Kings list.

Minaj is the world’s most followed rapper on Instagram with more than 96 million followers as of July 2018.