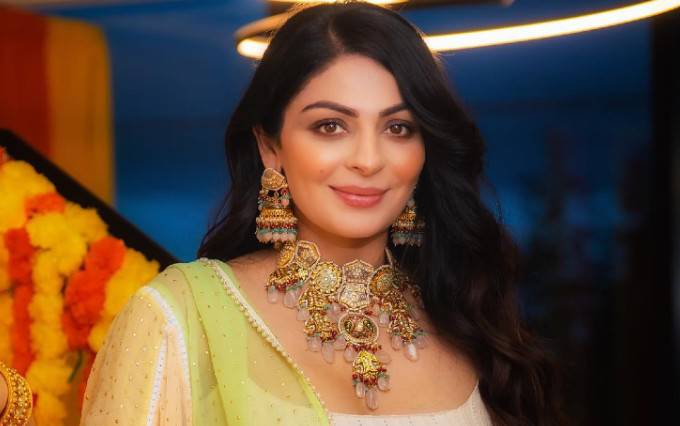 Neeru Bajwa is a Canadian actress and filmmaker of Indian origin who burst onto showbiz with Dev Anand’s Bollywood film Main Solah Baras Ki in 1998. She has predominantly worked in Punjabi films and her first major breakthrough came with the 2010 Punjabi film Mel Karade Rabba, for which she was nominated for the Best Actress Award and won Critics Best Actress at the 2011 PTC Punjabi Film Awards. Her other notable appearances include Jatt & Juliet and Jatt & Juliet 2 with Diljit Dosanjh, Channo Kamli Yaar Di with Binu Dhillon, and Laung Laachi. She made her directorial debut with the 2017 movie Sargi, which had her sister Rubina Bajwa playing the titular role alongside Jassi Gill, Babbal Rai, and Karamjit Anmol. Neeru has amassed over 4 million followers on Instagram.

She is of Indian Punjabi descent.

She is the elder daughter of Indian parents Jaswant Bajwa and Surinder Bajwa. She grew up with two sisters, Rubina and Sabrina, and a brother Suhail. Her younger sister Rubina Bajwa is also an actress and model while her other sister Sabrina Bajwa is a fashion designer and model.

She is a school dropout. In an interview, she admitted that she quit school and moved to India in pursuit of a career in acting.

Neeru Bajwa married her husband Harry Jawandha in February 2015. The couple welcomed their first child, a daughter Aanaya Kaur Jawandha in August 2015. In early 2020, they announced that they were expecting twins, both girls, and welcomed them, Aalia and Aakira later that year. On July 28, 2022, she announced on Instagram that she was pregnant with her fourth child.

She spent a major part of her early life in British Columbia, Canada, before she ended up moving to India as a teenager. She caught the acting bug very early on and as a result, she quit studied while in high school and moved to India to puruse a career in acting.

Neeru got her start in the entertainment industry during the late 1990s and started appearing in music videos before starring in movies.

She made her silver screen debut in 1998, playing the role of Tina in the Bollywood movie Main Solah Baras Ki.

Her television debut came in 2003 when she appeared as Kiran in the TV series Astitva…Ek Prem Kahani.

Neeru won her first acting award in 2011 for the movie Mel Karade Rabba. She was awarded the Critics Best Actress award at the PTC Punjabi Film Awards event.

In 2012, she was awarded the Queen Elizabeth II’s Diamond Jubilee Medal from the Canadian Governor General in Surrey, British Columbia, Canada.

She became a household name after starring as Nandini in the Hindi-language daily soap Jeet.

She tuned a director in 2017 with the movie Sargi, which also produced and starred in.