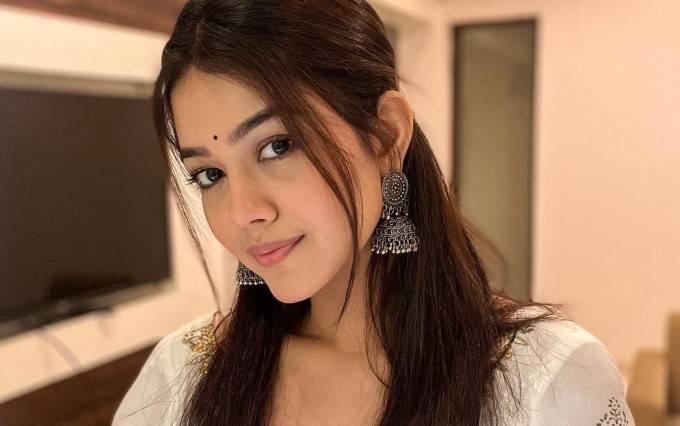 Born in Delhi, Priyal Mahajan is an actress who came into the limelight with her portrayal of Purvi Singh in the Colors series Molkki. She was cast opposite Amar Upadhyay in the family drama, who is 25 years older than her. Set in the backdrops of Uttar Pradesh and Haryana, the show talks about the issue of brides for sale. She vowed the critics and audience alike with her outstanding performance that truly cemented her reputation as a rising star. In 2021, she made her web series debut as Rhea in Tandav. The 20-year-old actress has amassed more than 400k followers on Instagram.

She is of Punjabi descent.

Priyal Mahajan is the only daughter of two children to Brijesh Mahajan and his wife Monika Mahajan. Her mother is an astrologer. She has a brother named Akshum Mahajan. She attended Goodley Public School, New Delhi.

She had spent her entire early life in New Delhi, where she completed her schooling.

She got an interest in acting very early on and got discovered while she was still in high school. Though she was offered a modleing job, she refused it due to her parents’ disapproval as they don’t want her to quit her studies and pursue modeling. She, somehow, managed to convince her parents after she completed high school and moved to Mumbai to pursue her career goals.

In 2020, she earned her first major role in the Colors Show Molkki, She played the role of Purvi Singh alongside the likes of actors Anushka Sharma, Rishika Nag, and Amar Upadhyay.

In 2021, she starred as Rhea Pratap Singh in the Amazon Prime political drama series Tandav.

Priyal has appeared in television commercials and print ads for brands like Cadbury Celebrations, CHIK Shampoo, and Fair & Lovely, among others.

She is represented by Casting Beans, a Mumbai-based talent management agency.

In 2021, she won the International Iconic Awards for Best Actress for her work in Molkki.