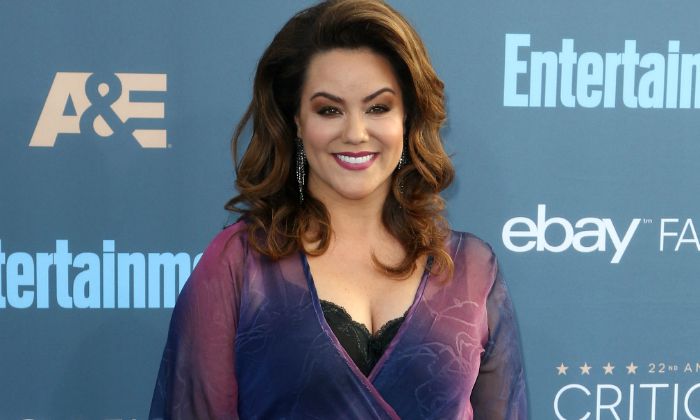 Hailing from Pensacola, Florida, Katy Mixon first came into public attention for her role as Victoria Flynn on the CBS sitcom Mike & Molly. Since her career beginnings in 2001, Katy has starred in a number of TV series and films, including her breakout role of Katie Otto on ABC’s comedy, American Housewife.

Her budding television career has included playing the series regular on HBO’s sports-comedy series, Eastbound & Down, and had guest roles in Two and a Half Men, Wilfred, and Psych. In addition to the aforementioned works, Katy has also done voice-over parts in such Tv series as Robot Chicken, The Looney Tunes Show, Big Hero 6: The Series and Rapunzel’s Tangled Adventure as well as in the movie Minions in 2015. Katy’s film works include supporting roles in The Quiet, Four Christmases, Take Shelter, Drive Angry, and Hell or High Water.

Katy Mixon was born on the 30th of March 1981, in Pensacola, Florida, United States of America. She is currently 40 years old

Katy Mixon is the daughter of Donna and Fred Mixon. She has seven siblings. She is of English descent as well as she’s got some Scottish and German roots. Besides this, other aspects of her personal life are unknown.

As far as her education is concerned, Mixon went to Alabama School of Fine Arts in Birmingham, Alabama before attending the Pensacola Private School of Liberal Arts. She attended the Carnegie Mellon School of Drama to hone her acting skills, from her she graduated with a Bachelor of Fine Arts degree.

Katy Mixon married her husband, Breaux Greer, an Olympic athlete, in October 2016. The couple welcomed their first child, a son, Kingston Saint Greer on May 19, 2017, followed by their daughter, Elektra Saint Greer, on May 16, 2018.

She was previously in a relationship with Bobby Deen, the son of Chef Paula Deen from 2010 to 2013.

In 2008, Katy began her television journey by guest-starring on an episode of the NBC sitcom, My Name is Earl.

Before that, she has acted in a couple of unsold TV pilots such as Then Comes Marriage in 2004 and Reinventing the Wheelers in 2007.

As an actress, Katy Mixon has achieved a lot of success in the television medium than the big screen. She has put her hard work, patience, and passion altogether to make her dreams come true by embracing the spotlight.

Her acting claims to fame include her starring role in the CBS sitcom Mike & Molly as Victoria Flynn and the ABC comedy series American Housewife, where she plays the character of Katie Otto.

Through her acting works, Katy Mixon has already established herself as an actress in the industry. As of 2023, she has a net worth of $10 million dollars. It’s no doubt that she is quite already a success story and will continue to have a successful career as an actress with her wealth likely to increase in the years to come.

Her decision to study acting helped her to secure roles in television series and films.

She got her start in 2001 by performing in the stage production of Shakespeare’s Julius Caesar, where she played the role of Calpurnia.

After moving to New York in 2003, she performed in a few plays before landing roles on television shows

Mixon won the Washington D.C. Area Film Critics Association Award for Best Ensemble for her role in the movie Hell or High Water, along with Jeff Bridges and Chris Pine.