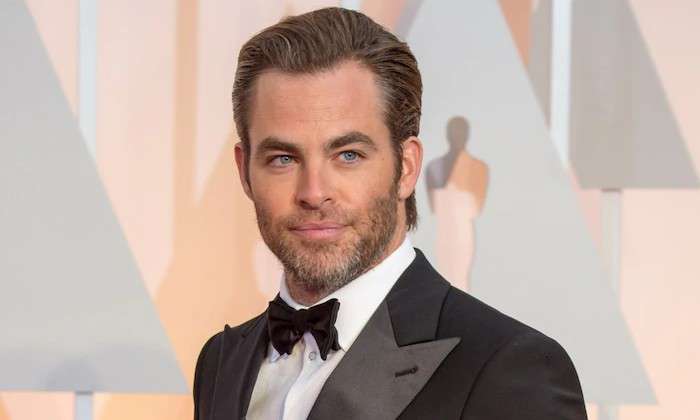 His most recent on-screen appearance was in the movie Wonder Woman 1984 (2020), in which he played the part of Steve Trevor opposite Gal Gadot. In addition, he has guested in a number of TV shows, including Robot Chicken, SuperMansion, Angie Tribeca, Wet Hot American Summer: Ten Years Later and I Am the Night. As of 2023, Chris Pine’s estimated net worth sits at $30 million.

Chris Pine was born Christopher Whitelaw Pine at Cedars Sinai Hospital in Los Angeles, California. Almost all of his family members were actors who have reached great heights during their reign. His father, Robert Pine, is a popular actor in the 1970s and is probably best known for CHiPs (1977-1983), and his mother, Gwynne Gilford, on the other hand, is a psychotherapist now but was also an actress.

He’s of Russin Jewish, German, English, Welsh, and French descent and has American nationality. His older sister, Katherine, is also an actress while his maternal grandmother, Anne Gwynne, was a famous Hollywood actress then. He attended Oakwood School and earned a bachelor’s degree in English from the University of California in Berkeley in 2002.

While studying at college, he has performed in numerous plays and some of the most notable credits include Caryl Churchill’s play in La Val’s Pizza’s Subterranean Theater and Orestes and Shakespeare at Zellerbach Hall.

He also attended the University of Leeds in the UK and was also a student at Williamstown Theatre Festival, and the American Conservatory Theater in San Francisco.

Pine has had a fair share of women over the years of his successful acting career. Since 2018, he’s been romantically linked to British actress Annabelle Wallis.

He had been in relationships with many actresses and most of them were his co-stars, including Sofia Boutella, Zoë Kravitz, Dominique Piek, Beau Garrett, Olivia Munn, and Vail Bloom.

Like many actors in the industry, Chris Pine started off his career in a very traditional way. He got interested in acting while attending the University of California, Berkeley. He studied acting and then spent some time in theatre and later made his mainstream debut with a small role in the TV series ER.

After appearing in a string of TV shows, he made his big-screen debut in 2004 in the film, The Princess Diaries 2: Royal Engagement, starring opposite Anne Hathaway. Four years later, he landed his major role, playing the part of Captain James Kirk in the J.J. Adams-directed reboot of the famed Star Trek franchise. He reprised the role in subsequent movies, Star Trek Into Darkness (2013) and Star Trek Beyond (2016).

In 2017, he played Steve Trevor, Gal Gadot’s love interest in Wonder Woman (2017), and reprised the role of Steve Trevor in its sequel, Wonder Woman 1984, which was released in 2020. Wonder Woman films are his most successful films to date that have not only racked up his popularity but have also earned him huge paychecks.

Collectively, his appearances in both TV and films have made him super-rich. As of 2023, Chris Pine’s estimated net worth sits at $30 million.

Besides acting, Chris Pine has also lent his voice to movies such as Quantum Quest: A Cassini Space Odyssey, Rise of the Guardians, Spider-Man: Into the Spider-Verse as well as for the video game Star Trek.

He won the 2011 Los Angeles Drama Critics Circle Award for Lead Performance for “The Lieutenant of Inishmore” at the Mark Taper Forum Theatre in Los Angeles, California.

Chris, at age 27, was the youngest actor to play the lead in a Star Trek film or series.