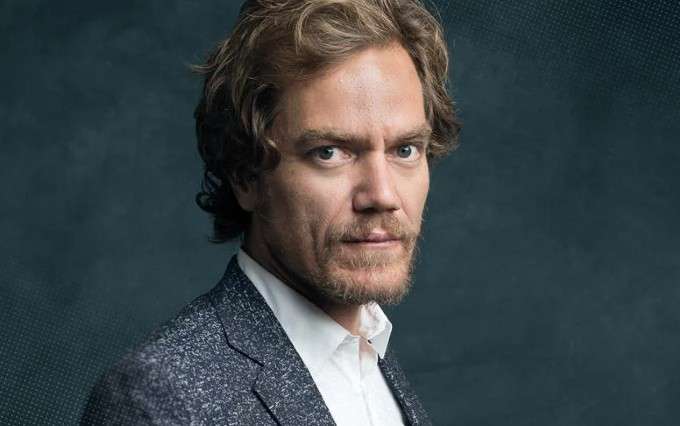 Michael Shannon is an Academy Award-nominated actor and producer who rose to global stardom with his roles in the period drama Revolutionary Road and the psychological thriller Nocturnal Animals. Thanks to his stellar performance in both films, he received Academy Award nominations in addition to various other accolades. Having begun his acting career in 1993, his first notable work came with the film 8 Mile in 2002. Since then, the Kentucky native has starred in a number of movies and TV shows. Some of his prominent works include Pearl Harbor, Bad Boys II, Man of Steel, The Shape of Water, Knives Out, Boardwalk Empire, and Nine Perfect Strangers.

He has German, English, Irish, and Scottish ancestry.

Michael’s parents are Donald Sutherlin Shannon and Geraldine Hine. His father worked as an accounting professor at DePaul University while his mother was an attorney. His parents divorced when he was young, and as a result, he grew up in both his mom and dad’s place in Lexington, Kentucky as well as in Chicago, Illinois.

He has two siblings, Dave and Rebecca. His parental grandfather was a famous Entomologist at that time whose name was Raymond Corbett Shannon. Elnora M. “Nora” Pettit Sutherlin was his parental grandmother. George Henry Hine and Lillian K./Elizabeth Anna Gieswein were his maternal grandparents.

Michael attended New Trier Township High School in Winnetka, Illinois for his primary education. After that, he moved to Kentucky to live with his mother where he finished his junior year. He later moved back to his dad’s place in Chicago and attended Evanston Township High School. He dropped out of school after his senior year.

Michael has been in a relationship with actress Kate Arrington since 2002. They married in 2018 and have two daughters together Sylvie (born in 2008) and Marion (born in 2011).

Michael is one of the few actors in Hollywood that has an extensive list of movies and TV shows in his resume. He burst onto the acting scene in 1992 when he landed a minor role of a young man in the television movie Overexposed. He made his big-screen debut the following year with the movie Groundhog Day.

Michael had a major role in the movie 8 Mile in 2002, and that’s not the only major production he had acted in. He has also starred in the Sam Mendes period drama Revolutionary Road, co-starring Leonardo DiCaprio, and Kate Winslet and the Tom Ford psychological thriller Nocturnal Animals alongside Amy Adams and Jake Gyllenhaal. He found a lot of success with both the movies that also earned him Academy Award nominations for Best Supporting Actor.

Thanks to his impressive works in both films and television have helped Michael Shannon to build a net worth of $8 million. His staggering wealth is due to the continued success he has had in show business.

He got interested in acting when he was in his senior year of high school. He co-founded A Red Orchid Theatre in Chicago, where he originated the role of Peter in Bug.

Michael holds the credit of being the first non-British actor to play Superman’s enemy General Zod.

He is an avid fan of pulp novelist Jim Thompson.

He was the founding member of the rock band called Corporal. Launched in 2002, the group released its self-titled album in 2010.

In 2021, Shannon was cast as Napoleon Marconi in the Hulu miniseries Nine Perfect Strangers, alongside Nicole Kidman, Melissa McCarthy, and Luke Evans.