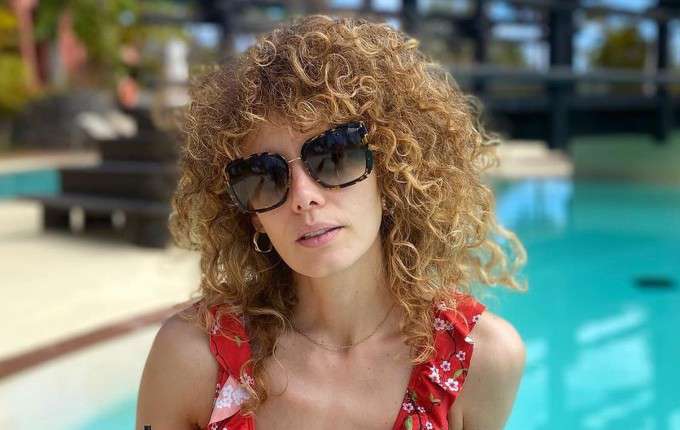 Esther Acebo is a famous Spanish Actress, reporter, and also a television personality. This curly hair beauty has grabbed a lot of attention lately for her portrayal of Monica Gaztambide in the hit Netflix series Money Heist. Her early claim to fame is through her work in the Spanish film industry.

Acebo made her small screen debut with the Spanish television series Madrid DF, in which she was cast as Irene. Her big-screen debut came in 2016 with the film Los encantados, in which she was seen playing the character, Amnesia Carrasco. Her other notable acting credits include Antes de perder, No Muertos, Growing Up, and La casa de tiza. With around 6 million followers on Instagram, Esther is one of the most followed Spanish actors on the platform. Here’s everything you need to know about Money Heist star Esther Acebo.

Esther is usually non-vocal when it comes to her personal life. There are no details regarding her family and childhood.

She studied physical Activity and Sports Sciences at the University of Castilla-La-Manch, Ciudad real campus. She graduated from college in 2005.

Esther loves to keep her private life off the media. She hasn’t shared anything about her present relationship status or her past dating history. It appears that she’s currently single and has no plans to reveal the identity of her boyfriend in case if she has one.

She was previously linked to her Baraka Co-Actor, Nestor Ruiz Medina. But, both denied it later.

Esther Acebo started her acting career on television when she landed the role of Irene in the comedy series Madrid DF in 2010. Then, she went to play Diana in another comedy show in 2011, Angel and Demon. Her other TV shows include Before Losing, Undead, and others.

The television shows she starred in eventually led to other acting jobs, and in 2016, Esther made her big debut with the comedy-drama, Los encantados. In the film, she played the role of Amnesia Carrasco alongside Sara Cobo and Angela Boj.

In 2018, she was seen in Growing up, starring opposite Silvia Alonso. Her other films include The method, One2One, and Parelelos. She also starred in the 2019 miniseries Antes de perder.

The Spanish actress, though acted in several TV shows and films, it was her lead role in the hit Netflix series Money Heist that made her a household name. Starring alongside the likes of Úrsula Corberó, Álvaro Morte, Alba Flores, and Itziar Ituño, Esther impressed the audience with her portrayal of Mónica Gaztambide (Stockholm). Not only has this series made her a global phenomenon, but it has also earned her huge paychecks.

Hobbies and Other Interests

Esther is an avid pet lover, her pet dog named Petra can be seen in many of her Instagram pictures.

She loves to spend quality time with it. Petra is a cockapoo Dog Breed that is reportedly priced between $1000 to $1500.

Thanks to her impressive resume in acting, Esther has amassed quite the wealth for herself. The majority of her fortune comes from her acting in films and TV series. Besides, she also makes money from brand endorsements and social media partnerships. Esther’s current net worth is estimated to be around $1 million. With her growing popularity, we can assume that her net worth will also rise as long as she continues to act.

She has quite a presence on social media, especially on Instagram where she’s got 6.7 million followers. Just like other celebrities with a massive social media following, Esther also makes a ton of money by promoting brands and products to her legion of fans across social media platforms.

She hasn’t been only limited to movies and TV shows as she has also performed stage shows. She played the role of Principal in Petra in 2014 and El ojo de la aguja in 2018.

She became extremely famous for her role as Monica Gaztambide in the crime series, Money Heist for which she received a New Comer Award Nomination for the best actors.