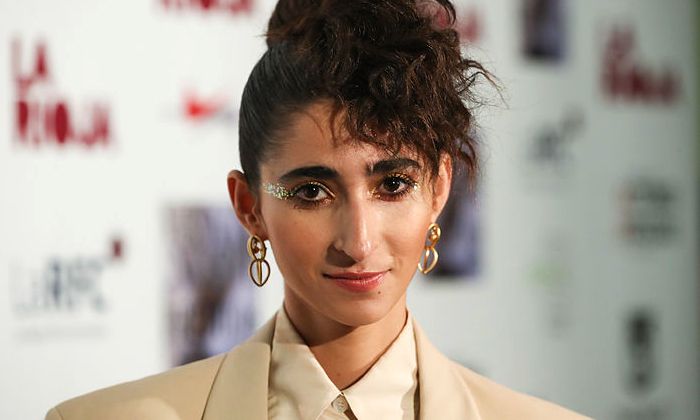 Who is Alba Flores?

Alba Flores is a Spanish actress who gained international popularity for her portrayal of Nairobi in the Netflix heist drama series, Money Heist. She is also known for playing Saray Vargas de Jesús in Vis a vis and for her starring role as Jamila in the period drama El Tiempo Entre Costuras. Thanks to the popularity of her role Nairobi on Money Heist, it has nearly translated over 10 million fans to her Instagram followers.

Alba’s father, Antonio Flores, is a renowned musician and composer while her mother, Ana Villa, is a theatrical producer. She is also the granddaughter of Lola Flores and niece of singers Lolita Flores and Rosario Flores. Actress Elena Furiase is her cousin.

While not much is known about her formal education, she took acting classes from age 13 and continued to study acting until she booked for acting gigs.

Now, this is the topic that most of you are probably looking forward to. Albs Flores, unlike other performing artists in the creative industry, is reluctant to talk about her romantic life. Based on her social life, she is single for sure. It may be due to the fact that she doesn’t prefer her private life to be in the spotlight or center of discussions.

It is a known fact that she is a lesbian and there are media reports linking her with actress Ondina Maldonado, who is also a lesbian.

Alba made her feature film debut in Chus Gutiérrez’s El Calentito (English: The Warm) in 2005, where she played the role of Amaya alongside the likes of Verónica Sánchez, Ruth Díaz, Macarena Gómez, Estíbaliz Gabilondo, and Lluvia Rojo.

In 2006, Alba played Sohara in an episode of the Spanish television series, El comisario (English: The Commisar).

Alba Flores played Saray Vargas, a Romani woman who faces a 5-year prison sentence for homicide, in a Spanish drama series called Vis a vis from 2015 to 2019. Her outstanding performance in the series earned her critical acclaim as well as won her many awards including, Ondas Awards for Best Female Performer.

The success and fame she had gained from the above series led to a starring role in La Casa de Papel, an internationally acclaimed heist crime drama series. She played Ágata “Nairobi” Jiménez in the Spanish series, which was later released as Money Heist worldwide by Netflix.

She starred alongside Úrsula Corberó, Itziar Ituño, Álvaro Morte, Paco Tous, Pedro Alonso, Miguel Herrán, Jaime Lorente, Esther Acebo, Enrique Arce, María Pedraza, Darko Perić, and many other performers. The series attracted a lot of attention across the world lately, becoming the most-watched non-English series on Netflix. The show is also one of the highest-rated Tv series on IMDB.

Alba’s net worth, as of 2020, is estimated at $1 million by authoritative sources.

She’s attracted enough attention by playing Nairobi in Money Heist that gained tons of followers on social media. Alba has become so popular online that she’s got over 10 million followers on her @albafloresoficial Instagram account. Without a doubt, Instagram is her biggest one with a massive following while she has over 300,000 followers on @albaglezvilla Twitter account.

Her father died when she was nine years old.

She recorded her father’s theme song “I cannot fall in love with you” for the soundtrack of Roberto Santiago’s movie Al final del Camino (At the End of the Road), starring Malena Alterio and Fernando Tejero.

Alba is a good friend of actor Alex Cueva.

In May 2007, Flores sang the song “No dudaría”, her father’s song, with her aunts Lolita Flores and Rosario Flores as a tribute on the day of the 12th anniversary of Antonio Flores’s death.

In 2015, she won a Waves Award for Best Female Actress for her work in Vis a vis.