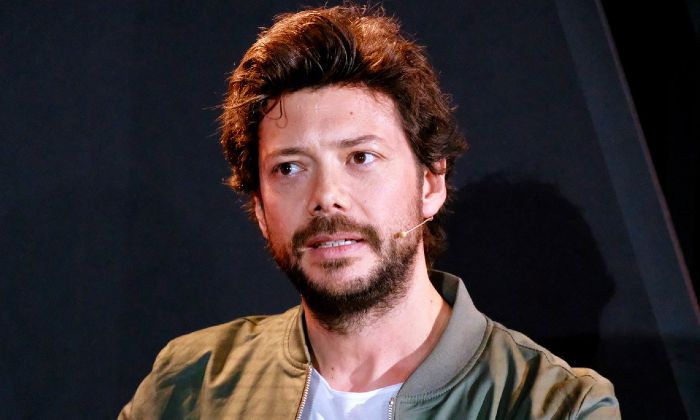 Spanish actor and producer Alvaro Morte caught global attention as a part of the hit Netflix series “Money Heist”, where he plays the role of Sergio “El Profesor” Marquina. As a passionate actor, he is known for his starring roles as Gabriel Areta in the Spanish soap opera “Loving in Troubled Times” as well as in “The secret of Old Bridge”, a Spanish telenovela, where he played the character named Lucas Moliner. In 2020, he began playing the lead role of Logain Ablar on Amazon’s “The Wheel of Time”.

Alvaro Morte was born on the 23rd of February 1975, in Algeciras, Cádiz, Spain. He is currently 47 years old.

There’s not much known when it comes to his parents, education, and early life. Alvaro hasn’t revealed any aspect of his personal life to the media. It may be due to privacy reasons but the only thing that is known about him so far is that he grew up in his hometown of Algeciras, Cádiz before settling down in Madrid.

He graduated in Dramatic Art from the ESAD in Córdoba and Shakespearean Interpretation by the British School of Actor. He studied Interpretation at the UTA’s Actor’s Training Department, Finland as well as took creative voice lessons, mentored by Tiina Syrja, Tampere, Finland.

Alvaro Morte is married to his longtime girlfriend and stylist, Blanca Clemente, and they have 2 children, Julieta and Leon, who are fraternal twins.

Alvaro Morte won his first acting role in the Spanish television series “Hospital Central”, where he played the characters named Buzo/Bombero on two episodes of the series.

He made his acting debut as Rafael Torres in the Spanish biographical film “Lola, la película” in 2007. The film stars an ensemble cast, including Gala Évora, José Luis García Pérez, Carlos Hipólito, Alfonso Begara, and Antonio Morales, among many others. He was credited as Álvaro Antonio García in the film.

Having been regarded as one of the greatest actors in his home country, Alvaro Morte has appeared in several films and television series. One of his first major roles was in the 2014 Spanish television series “Amar en tiempos revueltos” (English – Loving in Troubled Times), where he played the role of Gabriel Areta alongside the likes of Ángela Cremonte, Manuel Baqueiro, Alfonso Bassave, José Antonio Sayagués, Antonio Garrido, Belén López, and Nadia de Santiago.

This led him to land on the Spanish telenovela “El Secreto de Puente Viejo” (English – The secret of Old Bridge), playing the lead role of Lucas Moliner from 2014 to 2017.

In 2017, Alvaro Morte was cast in the Spanish heist crime drama series, “La casa de Papel” in the lead role of Sergio “El Profesor” Marquina. Created by Álex Pina, the series set in Madrid revolves around the two ambitious heists planned by The Professor.

The series originally aired on the Spanish network Antena 3 had only limited to two parts but after Netflix’s acquisition in late 2017, the series was released as “Money Heist”, appealing to the international audience. It became a sleeper hit and received critical acclaim and accolades for its typical storytelling and direction.

The ambitious actor has achieved great fame all around the world, thanks to the character “El Professor” on Money Heist. He has amassed over 11 million followers on his Instagram page and over 500,000 followers on Twitter.

In 2011, he was diagnosed with cancer when a tumor was discovered in his leg and later recovered from it.

He co-founded a theatre company called 300 pistolas (English: 300 pistols) with his wife Blanca in 2012.

In addition to his native language, he is also fluent in English.

Alvaro has performed in several theatre productions, including “OTELO” by William Shakespeare, “THE REVENGE OF THE PETRA” by Arniches, “INÉS DESABROCHADA” by Antonio Gala, “ENRIQUE IV” by Pirandello, and THE GRADUATE by Terry Jonson.

He played Oscar in the Spanish drama series El embarcadero from 2019 to 2020.

In December 2019, Morté joined the cast of the Amazon original series, Wheel of Time, an adaption of epic fantasy novels of the same name.