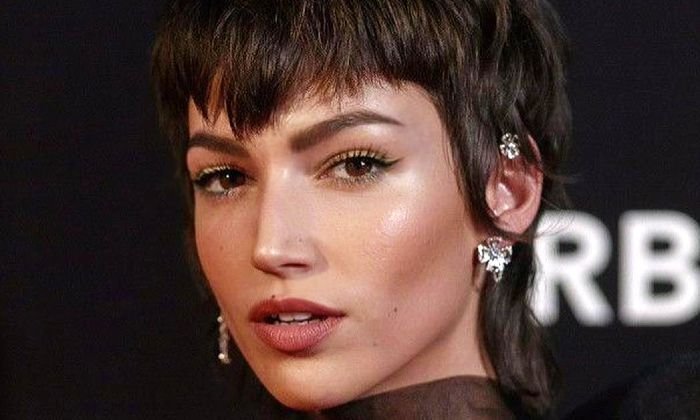 Úrsula Corberó is a Spanish actress and model, probably best known for her role as Tokyo in the hit Netflix heist series “Money Heist” (Spanish: La Casa de Papel). She is also known for her starring roles in the Antena 3 television series Física o Química as roles as Ruth Gomez and the Televisión Española television series Isabel, where she played the role of Margarita de Austria.

Her film credits include acting parts in the comedy film, Cómo Sobrevivir a una Despedida (2015) as well as in the drama film El árbol de la sangre (2018). Úrsula is extremely popular on the photo-sharing app, Instagram, where she has already accrued over 21 million followers.

Úrsula Corberó was born on the 11th of August 1989, in Barcelona, Catalonia, Spain. She is currently 33 years old.

Úrsula Corberó is the daughter of Pedro Corberó, a carpenter, and Esther Delgado, a shopkeeper. She grew up in Sant Pere de Vilamajor with her sister named Mónica. There’s not a lot to share regarding her education history.

The Spanish cutie is very vocal when it comes to her private life. Úrsula Corberó has been in a relationship with fellow actor Chino Darín since 2016. The couple began dating shortly after working together in the television series La embajada. They moved in together in early 2019 and have since been living together in Madrid.

Her previous relationships include two years relationship with actor Israel Rodríguez, beginning in 2008, a short-lived relationship with the tennis player Feliciano López in 2011, and dated model and actor Andrés Velencoso for three years from 2013 until their breakup in 2016.

Úrsula Corberó made her acting debut with the horror film, Paranormal Xperience 3D, playing Belén in 2011. Directed by Sergi Vizcaino, she starred alongside the likes of Amaia Salamanca, Maxi Iglesias and Lucho Fernández.

Corberó landed her first acting role in the television series Mirall Trencat in 2002, where he played the role of Maria in three episodes of the series.

Úrsula Corberó first major role came in the year 2008 when she was cast in the role of Ruth Gómez on Antena 3’s teen drama, Física o Química, alongside the likes of Nuria González, Joaquín Climent, Blanca Romero, Cecilia Freire, Ana Milán, Bart Santana, and many others.

Despite the fact that series attracted a lot of criticisms, her extraordinary performance as a student suffering from bulimia received praise and appreciation from critics as well as several awards.

In 2017, Úrsula Corberó landed the role of Silene “Tokyo” Oliveira in the Spanish television heist crime drama series, La Casa de Papel. The series premiered on Antena 3 in 2017 and Netlfix acquired the rights of the series at the end of the year.

Netflix re-released the series worldwide as Money Heist to critical acclaim, which went on to become the most watched non-English series globally. It eventually made her famous across the globe besides earning her a Best Actress award at the 2018 Atv Awards. She also received a nomination at the Premios Feroz 2018 Awards in the “Best Main Actress in a TV Series” category.

All her compelling works in both films and television, especially in Money Heist, have helped Úrsula Corberó to build a net worth of $3 million. Her impressive wealth is due to the continued success she has had in show business.

Thanks to her success as an actor and model, Úrsula Corberó has garnered a legion of fans on social media. Her Instagram page, which is her most popular among social media platforms has already amassed over 17.5 million followers and still growing. She has nearly a million followers on her ursulolita Twitter account.

She entered the show business at the young age of 13 and appeared in television commercials before starting to act in TV series and films.

She is a feminist.

Having significant success at such a young age, Corberó has already been a role model for youngsters in her home country.

In 2014, she won the Woman of the Year Award at the Men’s Health Awards.

Corberó has developed an amazing sense of style over the years and is considered a “fashion icon” in the show business.

In 2018, she starred in the American crime-drama series Snatch, her first English-speaking role, alongside actors Rupert Grint and Luke Pasqualino.

She has appeared on the covers of several magazines, including InStyle, D, and many others.

Corberó has a dog named Lolita.

She made her Hollywood debut in the 2021 superhero film Snake Eyes.