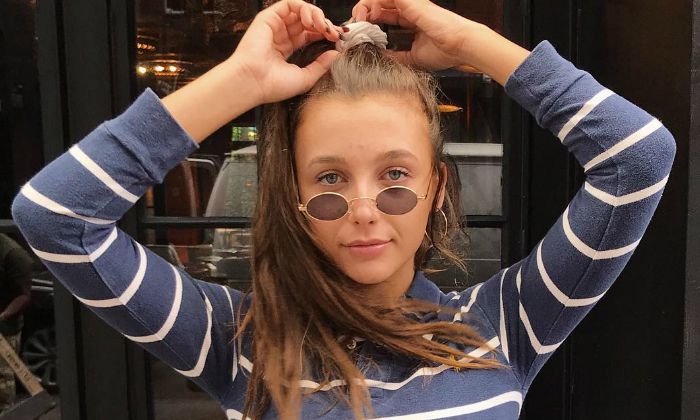 Emma Chamberlain is an American YouTuber who is probably best known for the lifestyle videos that she posts on her self-titled YouTube channel. She has carved a niche for herself in the internet community and has accumulated over 8 million subscribers in just two years of the launch of her channel. That’s something phenomenal, not every YouTuber would achieve it in a short time.

Chamberlain doesn’t follow any guidelines, creates videos on any topic that she feels is right, at most authentic, and talks a lot about healthy living and a vegan diet. Like many YouTubers, she had a humble start, until one of her videos called a dollar-store “haul” went viral in 2017, and that ultimately changed her life. She owns an online merchandise store. Her Instagram page has gained over 13 million followers, making her the most talked-about teen influencer in the world.

Emma Chamberlain was born on the 22nd of May 2001, in San Francisco, California, United States of America. She is currently 21 years old.

Very little is known nor nothing has she revealed about her family and childhood. Her father, Michael Chamberlain is an oil painting artist whose videos are featured in the channel called ChamberlainPaintings. Her mother is Sophie Chamberlain. She is the only child of her parents. Other than this, nothing is known about her family, however, her father and mother would sometimes feature in her videos.

Raised in San Carlos, California, Emma completed her elementary education there by attending a local school. She, then, attended Notre Dame High School, an all-girl Catholic preparatory school in California. There, she was on the cheerleader team and was a member of the California All-Stars Pink cheer team.

Furthermore, Emma was good at sports too and used to participate in relays and track events, however, she had a hard time there as she found it difficult to make friends as she was often faced with bullying. She left the school during her sophomore year as she couldn’t able to blend in with the school environment. She later completed her school studies by taking a California High School Exit Exam.

Talking about her romantic life, it is known that the stunning YouTuber is in a relationship with fellow YouTuber Ethan Dolan. They haven’t confirmed their relationship yet, however, a picture of them jet skiing together posted by Ethan on his Instagram made fans speculate that something is brewing between the two. The couple called it quits in 2019.

She then dated TikTok star Aaron Hull for over a year, starting from October 2019, and is now in a relationship with singer-songwriter Tucker Pillsbury. She made this relationship public in 2021.

Ever since the video uploading platform, YouTube, was launched in 2005, it has grown to a platform that changed the lives of tens of thousands of people. Emma is one such kid who grew up watching videos on YouTube and she would have never thought that it would change her life forever.

Inspired by several other YouTubers, Emma learned the art of video editing while in school and began posting cheerleading videos and dance routines with friends on the Facebook-owned photo uploading app, Instagram.

Overwhelmed with the reception for her videos, she created a YouTube channel for herself in the mid of 2016. She posted her first video titled ‘City Inspired Summer Lookbook’ in 2017, a year later after the launch of her channel.

During this time, she was in her sophomore year, which she considers the most embarrassing phase of her life. Emma decided to put an end to her school life and with the green signal from her father, she started focusing on her entertainment career.

Emma does not restrict herself to the box, she covers a wide range of topics from lifestyle to fashion and beauty to travel to life experiences.

As a self-made fitness freak, her channel features a string of videos in line with a healthy lifestyle, workout routines, and recipes and promotes a vegan diet as well.

As of July 2023, Emma’s self-titled YouTube channel has gained over 10.5 million subscribers and still counting.

Talking about Emma’s revenue streams, SocialBlade, a social media analytics firm, estimates Chamberlain would be earning around $2 million in ad revenue on her YouTube videos alone. In addition, Chamberlain earns a handsome amount of money from endorsement deals with brands like Hollister, UTA Agency, Audible, Curology, and Louis Vuitton.

She is already enjoying an affluent lifestyle with the money that she earns from different sources. Emma Chamberlain’s net worth is estimated to be nearly $12 million in 2023.

Her parents divorced when she was 5 or 6 years old. However, her parents were highly supportive of her unconventional career choice and also let her move to Los Angeles to live by herself while still a teenager.

Emma won the Breakout Creator at the 2018 Annual Shorty Awards.

She is part of a few squads, the “Sister Squad” featuring YouTubers James Charles, the Dolan Twins (Grayson and Ethan), and the “Girdles” which consists of her, Hannah Meloche, and Ellie Thumann.

In 2019, She featured Ethan and Grayson Dolan in a video titled “HIGHSCHOOL DROPOUTS TAKE FINALS.”

Some of her most popular videos on YouTube include “ROADTRIP TO VEGAS FT DOLAN TWINS & JAMES CHARLES,” “DRESSING UP AS EACHOTHER ft Dolan Twins and James Charles,” “TURNING ME INTO AN LA GIRL FT. JAMES CHARLES & THE DOLAN TWINS,” and “VEGETARIAN TRIES MEAT FOR THE FIRST TIME”.

She appeared on the cover of Harper’s Bazaar March edition in 2022.