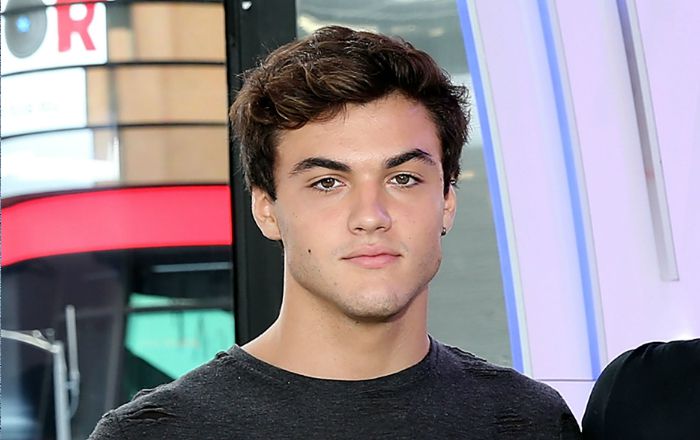 Ethan Dolan is one half of the infamous The Dolan Twins with his twin brother Grayson Dolan. He is very popular in the internet world, who started his career alongside his brother, posting hilarious videos to the now defuncted video sharing application Vine. On which they had over 6.4 million followers. They earned a lot of fans for their videos on YouTube where they have accumulated more than 10.3 million subscribers. He is quite popular on other social media platforms, where his Instagram page has over 8 million followers as well as earned more than 8.1 million followers to his Twitter account.

He hasn’t starred in any feature film yet but was cast in the short drama sci-fi film Nia.

In 2016, Ethan appeared as himself on the news show, Extra.

The twins made their acting debut in the TV series, Famous in Love, which premiered in April 2017

Being an internet sensation with an overwhelming fan base on various social media platforms. Since their beginnings, the duo has had an impressive track record with their fan following increasing on each passing day, thanks to their incredible sense of humor.

He monetizes his popularity on social media platforms by promoting brands and products. The duo had recently been involved in a Twitter ad campaign for the social network’s new stickers feature

He is 20 minutes older than his twin, Ethan Dolan.

They have collaborated with fellow Viners like Amanda Cerny, Jack Paul, and Jack Dail.

Celebrities like Kian Lawley, Cameron Dallas, Chloe Colaluca, Jake Paul, and Meredith Mickelson have made guest appearances in some of their videos.

Grayson is a professional wrestler and has won several local competitions including a local wrestling competition at the Madison Square Garden.

He never thought that he and his twin brother would become Internet stars. It was their elder sister Cameron who introduced them to Vine.

In 2015 they signed with AwesomenessTV.

In 2016 they ventured out on their 4OU world tour.

At the 2016 Teen Choice Awards, the duo won the awards for Choice Web Star: Male and Choice YouTuber.

The twins won a Streamy Award for Creator of the Year in 2017.