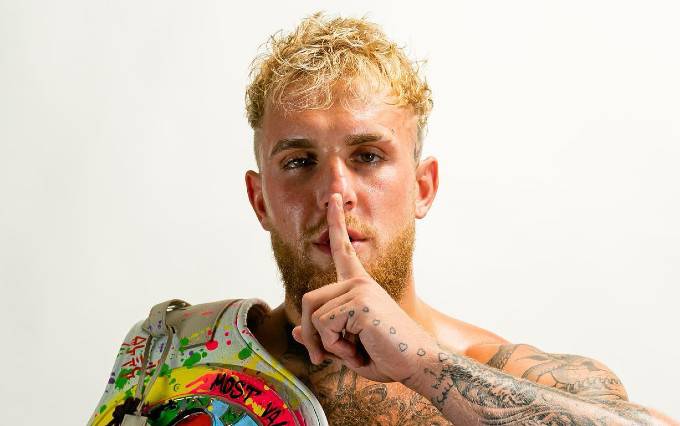 Jake Paul is an American Social Media Star, Vine Star, Model, and Actor, who is known for his hilarious Vine videos. He is a naturally talented actor, famous for his prank and funny videos that earned him millions of fans across different social media platforms. At the age of just 20, Jake Paul is already one of the richest internet celebrities in the United States. He’s not only a Vlogger but also a successful entrepreneur, an actor, and a television personality.

Jake was born on the 17th of January 1997, in Cleveland, Ohio, United States of America. He is currently 26 years old.

Jake is the youngest child to Pamela Ann Stepnick (née Meredith) and realtor Gregory Allan Paul. He has an older brother, Logan Paul, who is also a YouTuber and actor and is of English, German-Jewish, Irish, Scottish, and Welsh ancestry.

He attended Westlake High School in his hometown Cleveland, Ohio.

Jake and fellow social media sensation, Alissa Violet, started dating in 2016, and they eventually broke off in February 2017. If you are his fan, then you might be aware of their breakup story as they indulged in a fight through social media. They both blamed each other that they weren’t true to the relationship and made several accusations against each other. Surprisingly, the couple didn’t mind that they damage their reputation via abusive posts and videos.

Following the split, Jake was rumored to have had a fling with Tessa Brooks in February 2017.

In June 2017, social media stars Erika Costell and Jake Paul married in a surprise wedding in Las Vegas. The couple separated in November 2018.

Jake started dating fellow YouTuber Tana Mongeau in April 2019. She announced on her birthday on June 24, 2019, that she has been engaged to her boyfriend Jake Paul. The couple married in July 2019, though not legally as they didn’t sign a marriage license. After six months after their marriage, Jake and Tana announced that they ended their relationship on January 2, 2020.

Jake made his debut in the 2016 American comedy-drama, Dance Camp featuring in a small role.

In 2016, he went on to appear on The Disney Channel’s sitcom ‘Bizaardvark’ playing the role of Dirk.

Paul started boxing as a professional career in August 2018. He registered his maiden victory when he defeated British YouTuber Deji Olatunji in an amateur contest via TKO in the fifth round in his first professional boxing match.

It’s obvious that Jake Paul is one of the popular social media stars today, who has an estimated net worth of more than $30 million US dollars. He makes more than $1 million annually for a few years now. Add to that, business ventures, Merchandise deals, brand endorsements, and acting careers, and Jake’s net worth will soon skyrocket in the next few years.

Jake Paul is an avid car lover and hopes to fill up his garage with some of the fastest cars in the world. As of now, Jake owns a Ford Focus RS, a Tesla Model S, and a self-costumed Ford Truck. There are reports that he owns a Lamborghini Aventador.

Paul resides in a large exquisite mansion in Los Angeles with his wife and Team 10 squad.

As an adolescent, he was fascinated by creative ideas and became interested in art and acting.

He was a member of his high school wrestling team and also got training to become a Navy Seal, but the amateur wrestler took up a different career in 2013 when he opened his Vine account and began posting funny 6-sec videos.

By the time Vine shut down, Jake had more than 5 million followers. He explored his potential on a variety of social media platforms and apparently gained millions of followers just in time.

Thereafter, there is no looking back for this talented lad, and in fact, his popularity earned him a main role on The Disney Channel’s sitcom ‘Bizaardvark’ playing the role of Dirk.

He became the first social media star to land in a regular role with the Disney network.

He has his own clothing line and merchandise, including sweaters, T-shirts, hoodies, and phone cases.

Jake has starred in many television series and co-founded, Team 10, a social media group and creative agency.

Jake has accumulated a massive amount of net worth that comes from ad revenue and merchandising deals and with his increasing popularity and his business expansion, he would make tons of money.

He is also a creative writer and has worked in television series alongside popular story writers.

Controversies are nothing new to him. In April 2021, TikTok personality Justine Paradise accused Jake Paul of sexually harassing her while at Team 10 house in 2019. He refuted the claim saying it is 100% false.

In January 2022, Sports Illustrated magazine named Jake as the 2021 Breakout Boxer of the Year.

In January 2023, Jake announced that he would be making his professional MMA debut with PFL (Professional Fighters League).