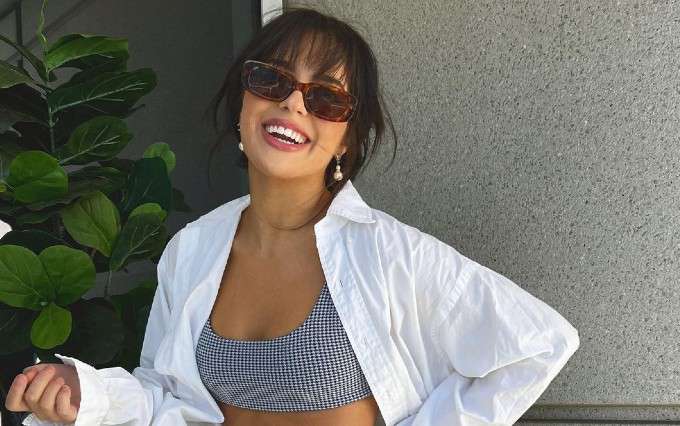 Tessa Brooks is a popular American YouTube personality and dancer, who rose to prominence at a young age when she performed on Disney’s Next Big Thing. She is also a trained gymnast. Brooks took up dancing at the young age of two and realized that dancing lets her express herself freely. Her only intention at that age is to dance and dance. Before being signed up by big names in the entertainment industry, she had performed at numerous shows and gigs.

It was around that time, that a TV producer found her dancing potential and signed her onto the show, Disney’s Next Big Thing. Brooks went on to perform at various production shows like Dance Camp, Miss Coco Jones, and Diamond White. She also appeared in a number of commercials like Equestria Girls, Just Dance 4, Coco-Cola, and Skechers. As of 2023, Tessa Brooks has a net worth of $500 thousand US dollars.

Brooks was born on the 5th of April 1999, in Fresno, California, United States of America. She is currently 23 years old.

Not much is known about her personal life because the young diva hasn’t revealed any specifics like her educational qualifications or her family details. She has two older sisters and one of them is also a dancer. She also has one step-sister from her father.

Jake Paul (2017) – Tessa was rumored to be dating social media star, Jake Paul in early 2017. Though they are linked professionally, nothing came out of their relationship.

Chance Sutton (2017) – Brooks began dating fellow YouTuber Chance Sutton in July 2017. They were collectively called ‘Chesla’. But their relationship was short-lived and ended in a few months while they still are good on terms.

She hasn’t appeared in movies or television shows.

Tessa has featured in print ads and TVCs, including Aquestria Girls, Just Dance 4, Coco-Cola and Skechers.

The 23-year-old YouTuber has an estimated net worth of $500,000 US dollars as of 2023. She earns money from dancing, endorsements, print modeling, and ad revenue. Tessa says that her number one goal in life will always be to inspire and help people, and to make a difference!

Tessa bought her first car, Honda Accord last year. She lives in a lucrative house in California, United States.

The rise of the budding YouTuber began when she appeared as a dancer in the YouTube movie, Dance Camp.

Thereafter, Tessa has never looked back as she continued to make appearances for artists like T-Pain and got featured in X-Factor’s ‘Diamond White’ and Disney’s ‘Miss Coco Jones’. She also appears as a dancer at the Pulse on Tour.

She also went to the 2016 Radio Disney Music Awards. Add to that, Brooks is also a member of ‘imaBEAST’ dance group and social media collective, Team 10.

Apart from dancing and print modeling, she also loves to swim, act, play with her dogs, and spend time with her friends.

Tessa reckons that she will continue giving back to society in her own wonderful way and will contribute all that she can to make this world a better place!

Today, Brooks is an established internet sensation and dancer who has more than 3.8 million subscribers with 350 million lifetime views on YouTube. She makes tons of money through Google’s partnership program by monetizing her uploads.

She has amassed a massive following on other social media platforms like Instagram where she has over 16 million followers.

Tessa established herself a prominent place in the dancing world and performed at a variety of events including the Miss California Pageant, and at the Haiti Benefit Concert.

She also performed at the Carnation Theatre as part of a Michael Jackson Tribute Show.