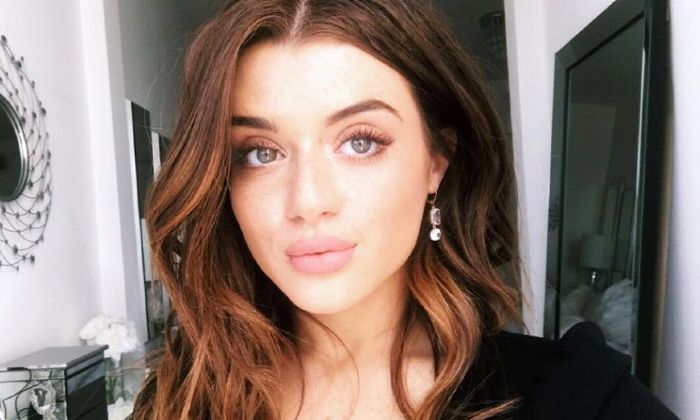 Brielle Barbusca is an American actress who reached prominence for her versatile roles in various TV series such as The Starter Wife, Hope & Faith, Modern Family, and Law & Order. Since her first acting gigs in the early 2000s, she’s been an example of what one can do if one set their sights on a goal and refuse to give up. She began her acting career very early after being discovered at just five years old. Since then, she has been enthralling her fans by taking on various roles, and every role showcases her outstanding acting skills. Her other recognizable acting credits include Scandal, Kings of Con, Wonder Pets, and 9-1-1, among many others.

Brielle Barbusca was born on the 2nd of November 1998, in New Jersey, United States of America. She’s currently 24 years old.

Brielle Barbusca is the oldest daughter of Louie Barbusca and Debra Lynn Barbusca. She was raised alongside her younger brother, Thomas Barbusca, who is also an actor, by her parents in New Jersey.

Other information such as her educational background has not been revealed to the public yet, except that she became interested in acting at an early age.

Brielle Barbusca has been in a romantic relationship with her boyfriend Ethan Cutkosky since 2015. He’s also an actor who is probably best known for being a part of the Showtime drama series, Shameless, since 2011. Brielle appeared in the 2016 episode of the series along with him, for which the shooting happened in 2015, during which they became very close and started dating soon after.

Brielle Barbusca got her start in show business at the very young age of five, featuring in commercials and print ads. Shortly after, she got started booking television shows and feature films.

Her first acting gig came in 2003 in the pilot episode of the comedy-drama TV series, Queens Supreme, where she played the minor role of a kidnapped girl. The following year, she appeared in an episode of the TV series Third Watch and spent the next few years doing guest roles in such TV series as The Forgotten, Hitch, Hope & Faith, and Law & Order.

Brielle Barbusca got her big break when she was picked up to play the role of Jaden Kagan in the TV mini-series The Starter Wife in 2007 and eventually reprised her role in the TV series of the same name the following year.

Since the time she got on the radar, there is no stopping of her. Much of her career has been spent appearing in guest roles in television series, including Wonder Pets!, Modern Family Scandal, Shameless, Kings of Con, Young Sheldon, American Housewife, and S.W.A.T.

She has appeared in commercials and print campaigns for Coke, Mattell, Apple, and Netflix.

According to various sources, Brielle Barbusca is estimated to have a net worth of around $1 million, mostly earned through her successful acting career. She is likely to continue having a successful career as long as she pursues acting.

Being a passionate actress, it is quite natural to be active on social media, mainly used to promote her projects and also to build a strong online presence. She has nearly 300 thousand followers on Instagram in addition to 20 thousand followers on Twitter. Her passion for what she does is evident in every role she takes. She has already made an impact in the acting world and will continue to choose powerful roles as long as she continues acting.