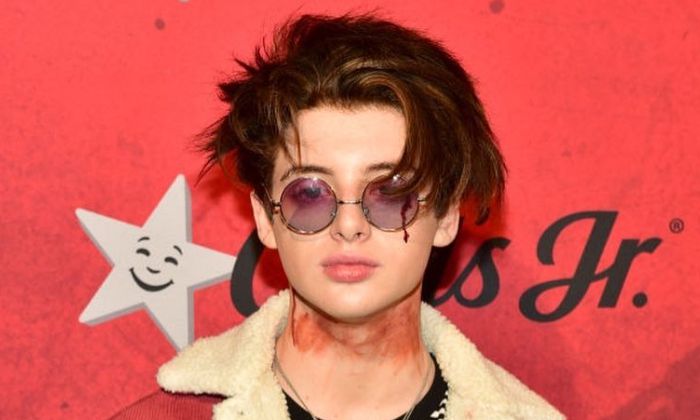 Thomas Barbusca is an American actor and model, perhaps best known to television audiences for his portrayal of Chip Pemberton in the Fox sitcom The Mick and also as Drew in the Netflix comedy series Wet Hot American Summer: First Day of Camp, among many other onscreen appearances. At such a young age, he has garnered so much attention already as well as carved a niche for himself in the industry. Other notable acting credits include Middle School: The Worst Years of My Life, One Day At A Time, American Horror Story, The Kids Are Alright, Schooled, Arrested Development, and Big Time Adolescence.

Thomas Barbusca was born on the 3rd of March 2003, in New Jersey, United States of America. He is currently 19 years old.

Thomas Barbusca is the youngest child of Louie Barbusca and Debra Lynn Barbusca. He grew up with his older sister Brielle Barbusca, who is also an actress. Following the footsteps of her sisters, Thomas forayed into acting at an early age

When it comes to his educational background, not much is known at the moment. Since he tuned acting as his full-time gig at a young age, he would have probably pursued his school education through homeschooling.

Now, this is the topic that most of you are probably looking forward to. Well, we are sorry to say that there is not a lot we have to share regarding personal affairs of Thomas. He has tried to keep things away from the media to the best of her abilities. Moreover, Thomas is currently focusing on her career and has very little time for romance.

All the credits for the start of Thomas’ career and for his interest in what he does go to his sister Brielle. She asked him to take auditions for commercials when she moved along with the family to Los Angeles after she booked a starring role in The Starter Wife.

He soon started booking television commercials, including the likes of Dominos, Ford, Kraft, JC Penney, & Lunchables. Not long after that, he made his acting debut in the short film entitled Microeconomics in 2012, playing the role of Cody. The following year, he scored his first role in the ABC drama series Body of Proof, and then followed up guest roles in TV series like The New Normal, Grey’s Anatomy, Shameless, Anger Management, The League, among many others.

In 2015, Thomas landed his first major role in the Netflix television series Wet Hot American Summer: First Day of Camp as Drew, the camp bully kid. The following year, he appeared in the film, Middle School: The Worst Years of My Life, which saw him playing Leo, based on the 2011 novel of the same name by James Patterson and Chris Tebbett.

Thomas continued with major roles in such TV series as The Mick playing Chip Pemberton from 2017 to 2018 and from 2018 to 2019 he starred as Davey in the ABC sitcom The Kids Are Alright. Most recently, Thomas appeared in TV series such Champaign ILL, Schooled and Arrested Development, and films Searching and Big Time Adolescence.

At such a young age, Thomas has achieved a lot of success than many of his peers. All of her accomplishments have helped Thomas reach prominence in the industry. While the exact net worth of Thomas Barbusca is not known, several sources have estimated him to be worth around $50 thousand dollars. Undoubtedly, he will successfully continue his career, and having said that, his wealth will also continue to climb up.