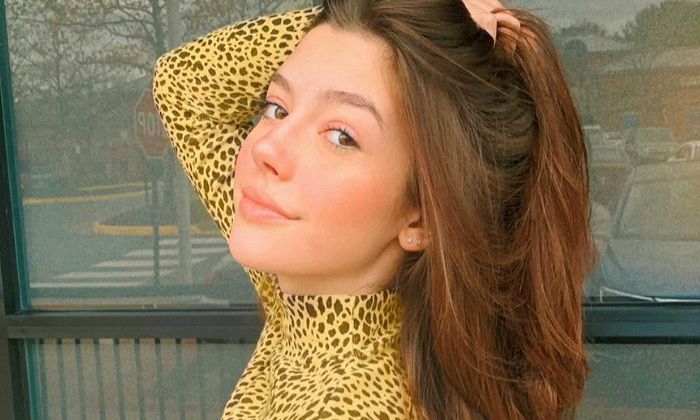 Who is Sissy Sheridan?

Sissy Sheridan is a young and promising actress and singer from Washington, D.C. probably best known for playing Angie on Brat’s hit web series, Chicken Girls and hosting NIckelodeon’s, DIY with Me. She played Asia on Netflix’s Maniac, starring Emma Stone and Jonah Hill. Besides al this, Sissy has starred in a variety of independent films such as For Hope, The Catcher, and Paper Airplanes. Also a theatre artist, she has appeared in Off-Broadway production of Annie Warbucks as well as the Olney Theatre Center production of Annie. Sissy is also listed as a social media influencer and TikTok sensation who has garnered a massive 1.5 million fans on the short video sharing app.

Sissy Sheridan was born on the 15th of June 2004, in Washington, D.C., United States of America. She is currently 15 years old.

The budding star hasn’t revealed much about her family or her early life with the public. She has managed to keep every aspect of her personal life away from the media as she doesn’t want them to be in the media spotlight due to privacy issues.

She has an older brother named Julian. Her parents put her homeschooling due to her increasing popularity and hectic acting schedules.

Now, this is the topic that most of you are probably looking forward to. Well, there is not a lot we have to share regarding the personal matters of Sissy as she has managed to keep things away from the media to the best of her abilities. Moreover, Sissy is currently focusing on her career and education and has very little time for romance.

Sissy Sheridan kicked off her acting career in 2016 by appearing in a short film, Paper Airplanes, in which she portrayed the character named Sam.

She took a short break and returned to acting with a guest appearance in the TV series, Copycat Killers, a crime series that tells stories of real crimes that were inspired by major motion pictures and television.

In 2018, she played multiple characters named Asia and Milgrim Kid on Netflix’s crime drama series, Maniac, starring Emma Stone and Jonah Hill in the lead roles. Her performance in the series attracted a lot of attention that eventually made people looking for more details regarding her on the internet.

From 2018, Sissy has been a regular cast member of the Brat’s super hit web-series, The Chicken Girls. The series stars an ensemble cast, including Annie LeBlanc, Indiana Massara, Madison Lewis, Matthew Sato, Riley Lewis, Lily Chee, Hayden Summerall, Hayley LeBlanc, and Carson Lueders, among many others.

As a passionate actress, Sissy Sheridan has taken full advantage of social media and ensures that she has a strong presence on every other social media platform. Sissy is very active on social media, especially on Instagram, where she has over 200,000 followers to her @itssissysheridan account.

She has a little less than 1000 followers on her Twitter account. She is extremely popular on the short video sharing app, TikTok, where she’s got over 1.5 million fans and the only verified social media account of her. She’s also running a YouTube channel under her name which currently counts nearly 20,000 subscribers.

She developed an interest in performing arts at a very young age and at age 6, she attended a musical theatre camp. She also took dances lessons in tap, ballet, and jazz.

In 2017, Sissy appeared in an off-Broadway production of Annie Warbucks which staged at a New York theatre.

That same year, she made her equity debut in the Olney Theatre Center production of Annie.

Sissy is also a passionate and enthusiastic singer and has released a cover of Hailee Steinfeld’s “Most Girls” on her YouTube channel, which has garnered over 175 thousand views as of February 2020.

On February 8, 2012, she released an original song entitled “Who Me” on YouTube, which has since received more than 115,000 views.