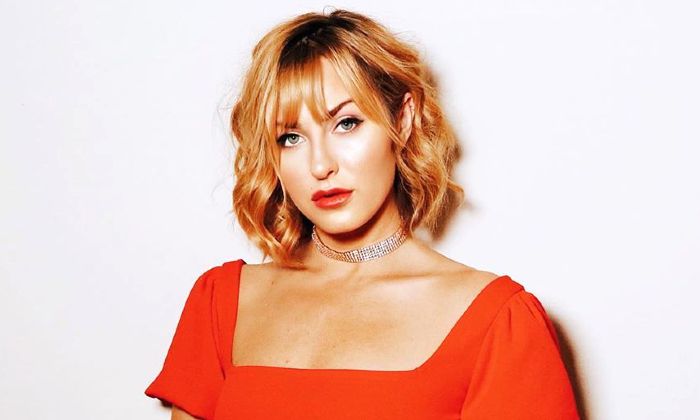 Scout Taylor-Compton is an American actress and singer probably best known to the world for playing the role of Laurie Strode in the Halloween film series as well as for portrayal of Lita Ford in The Runaways. Having been acting since the age of nine, the beautiful California native has played a variety of roles in both films and TV series. On television, she has starred on shows such as Gilmore Girls, Charmed, The Guardian, Love’s Unfolding Dream, and Nashville, among others. Besides all, she’s a competitive swimmer and has been a part of numerous charity projects.

Scout Taylor-Compton prefers to keep her personal life as private as possible, so she’s never shared any information about her family or education, or early life.

She hasn’t divulged too many details about her parents yet, except that she’s of English and Irish descent on her father’s side while she’s got Mexican roots from her mother’s family.

While not much is known about her formal education, she took singing and music classes at the Vocal Power Institute. She can play the piano, drums, and guitar. She also took vocal training at the Hollywood Pop Academy.

Taylor-Compton is currently single. She dated musician Andy Biersack from the rock band Black Veil Brides for six years from 2005 until 2011. He even composed a song for her called The Mortician’s Daughter. From 2011 to 2013, she was in a relationship with American actor Samuel Larsen.

Scout Taylor-Compton began her professional acting career in 1998 when she played a minor part in the film A.W.O.L. starring David Morse. But unfortunately, the movie had never been released. Despite that, she kept herself quite busy by playing guest roles in TV shows as well as appeared in commercials.

She got her major breakthrough when she played Laurie Strode in the hit film franchise Halloween in 2007. Three years later, she took on the role of Lita Ford in The Runaways starring Kristen Stewart, Dakota Fanning, and Stella Maeve.

As she moved forward with her career, Scout has played various roles in films as well as in TV shows, including Flight 7500, Return to Sender, The Princess Diaries 2: Royal Engagement., Charmed, Grey’s Anatomy and Nashville, to name a few.

All of her acting jobs have added a considerable amount to her net worth. Colectively, Scout Taylor-Compton has accumulated a net worth as high as $2 million dollars, which is pretty impressive.