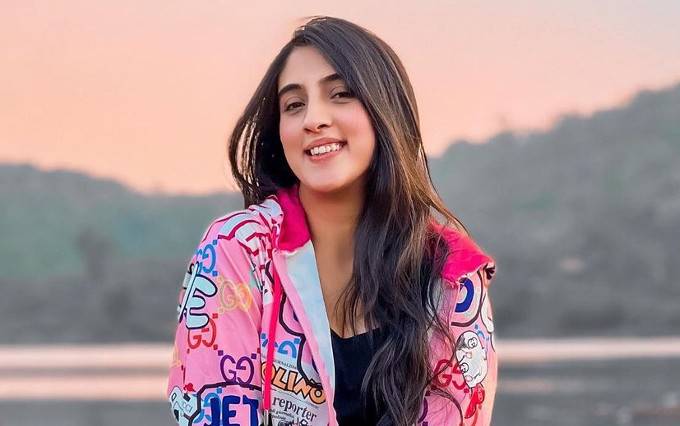 Sameeksha Sud is an Indian television actress and social media influencer. Beginning her career in the early 2010s, she came to prominence in 2020 when she took on the lead role in the critically acclaimed web series Who’s Your Daddy. In addition, she is also best known for her appearance in such TV shows as Fear Files, Baal Veer, Doli Armaano Ki, and Ek Aastha Aisi Bhee. Besides being an actress, Sameeksha is most recognized as a social media star, thanks to the massive following she has accrued over the years. She has a combined following of over 40 million followers across social media platforms. Here’s everything you need to know about social media sensation Sameeksha Sud.

There is very limited information when it comes to Sameeksha’s family and early life. Her parents are Naresh Kumar Sud and Radha Sud. It appears that she’s the only child of her parents. Unlike most social media celebrities who would feature their family in their videos, Sameeksha stands apart from the rest because she’d normally not include her family members in her videos.

Sameeksha is a college graduate, having graduated from Amity University, Noida, with a Bachelor’s degree in journalism and mass communication.

Now, this is the topic that most of you are probably looking forward to. The 28-year TikTok sensation has not been married yet. Well, she has not been romantically involved with anyone, at least, we know of, or she may be good at handling it better than her peers in the industry. But there have been a lot of rumors doing rounds that she has already been taken and she has kept her dating life very secret. Moreover, she has done a ton of collab videos with fellow creators, sparking dating rumors, but it appears that she has no plans to reveal the identity of her boyfriend to fans yet.

Undoubtedly, Sameeksha Sud is one of the top-earning social media stars and is currently reported to be worth around $500 thousand dollars. Taking her popularity and fanbase into account, it is safe to say that she gets a hefty paycheck for every collab and sponsored content she posts to her social media accounts.

She has appeared in various music videos, including the likes of “Raanjhan Ve,” “Rula Ke Gaya,” “Tumhari Yaad Ayee Hai” and “Tu Bhi Royega” all by various artists.

In 2021, she appeared in a music video for the song called Block Na KariyaKkar and as well starred in a short film titled Dil Fakeera: Udit Saxena.

Sameeksha is a part of a three-member social media collective Teentigada. The other two members of the group are Vishal Panday and Bhavin Bhanushali.

She runs her own YouTube channel under her name and also has another channel called Teentigada which she manages with Vishal Panday and Bhavin Bhanushali. The former currently boasts over 1 million subscribers while the latter has over 1.6 million subscribers.

They have collaborated with many Bollywood celebs like Hrithik Roshan, Varun Dhawan, Yami Gautam, and Urvashi Rautela, among many others.