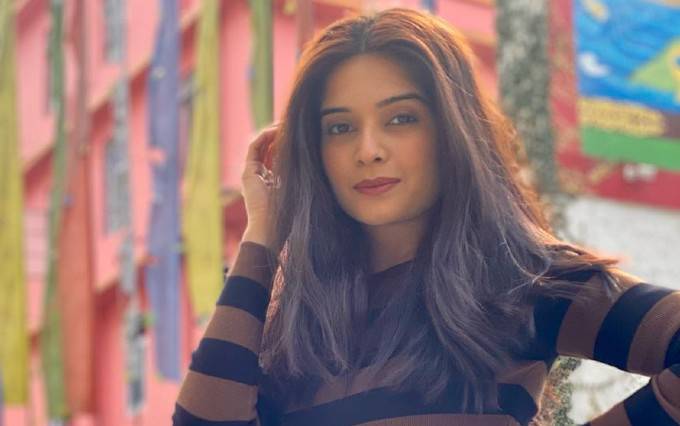 Bhavika Sharma is an Indian television actress who is most famously known for her portrayal of Niyati Purohit in the TV series Jiji Maa. Following her success with Jiji Maa, she was cast in the lead role in the Hindi-language soap opera Maddam Sir – Kuch Baat Hai Kyunki Jazbaat Hai, starring Gulki Joshi, Yukti Kapoor, and Sonali Pandit Naik. She received critical acclaim for bringing the character Santosh “Santu” Sharma to life. Bhavika made her screen debut with the TV series Parvarrish Season 2 in 2015. The young gorgeous actress has amassed over a million followers on Instagram.

Of Indian descent, Bhavika Sharma is the daughter of Pradeep Kumar Sharma and his wife Sangeeta Sharma. She has two siblings, including a sister named Dipika Sharma.

As far as her relationship status is concerned, Bhavika is single right now. She was rumored to be in a relationship with actor Arjun Pandit, but still, nothing has been confirmed by both the parties.

She was born and brought up in her hometown in Mumbai.

Bhavika got interested in acting at a very young age and made her acting debut in 2015 with season 2 of the soap opera Parvarrish. She played the role of Riya Gupta in the series.

For her role as Cyber Crime Specialist Constable Santosh “Santu” Sharma in the TV show Maddam Sir, she took training in Muay Thai, martial art, and combat sports when she visited Thailand. The show stars Gulki Joshi, Yukti Kapoor, Sonali Pandit Naik, Priyanshu Singh, and Rahil Azam, among many others.

Bhavika launched her YouTube channel in 2021, which has since accrued more than 200 thousand subscribers. Her shorts are very popular on the platform. She uploads travel vlogs and fun videos from the shooting spot.

She is a good dancer.