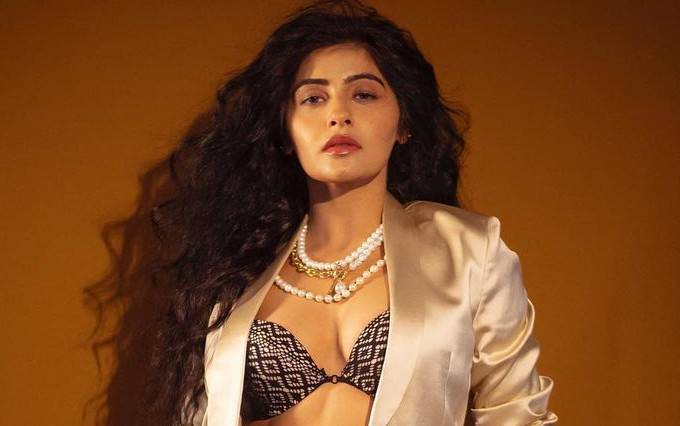 Yukti Kapoor is an Indian television actress who came to prominence with her breakout role as S.I. Karishma Singh in the Sony SAB comedy series, Maddam Sir. She burst into the acting scene in 2010 with the television show Nanhi Si Kali Meri Laadli, in which she played the role of Guddi. Apart from appearing on Maddam Sir, she has starred in several TV shows such as Siya Ke Ram, Balika Vadhu, Agniphera and Namah. road to fame began when she appeared in Maddam Sir, which led to her being nominated for a Best Actress – Comedy award at the Indian Television Academy Awards. She has close to 1 million followers on Instagram.

Yukti is the only daughter of Arun Kappor and Darshana Kapoor. She has two brother named Ronak Kapoor and Gaurav Kapoor. She studied at K.J. Somaiya Junior College of Science & Commerce in Mumbai.

When it comes to her love life, she’s been in a relationship with a personw hose identity has not been revealed yet. In April 2022, she made official that she has already found her man and they have been dating for a while now. When asked about her boyfriend’s identity, she politely refused to reveal his name but said that his identity will be known to everyone, when she gets married. The unknown man is reported to be businessman Karan Dandir, but still she did not confirm his identity yet.

She was previously linked to actor Rohan Mehra, her co-star from her debut movie Uvaa (2015).

Yukti Kapoor beagn her acting career back in 2010 with the televison series Nanhi Si Kali Meri Laadli in whcih she was cast as Guddi. Her acting career took off three year later when she appeared in TV series like Jhilmil Sitaaron Ka Aangan Hoga, Pyaar Ka Dard Hai Meetha Meetha Pyaara Pyaara and Yeh Hai Mohabbatein. Following a slew of guest appearances, she landed her breakout role of S.I. Karishma Singh in the TV soap opera Maddam Sir, co-starring with Gulki Joshi, Sonali Pandit Naik and Bhavika Sharma. With this role, she quickly became a prominent name in the entetrainmnet industry. Her performance in the series earned a nomination for Best Actress – Comedy at the Indian Television Academy Awards in 2022.

She credits herslelf as the only person in her family to get into the show business. Before acting, she worked at a call center where she was paid a salay of Rs. 5000.

Following her success on the small screen, she made her foray into films in 2015 with the movie Uvaa. She starred opposte Rohan Mehra in the film.

In 2016, she took on the role of Sudha Shekhwat in Balika Vadhu before joining the cast of the TV serial Agnifera between 2017 and 2019. Her career took a leap after she started playing Agni Singh Thaku that ended her run in 2019.

In 2020, she appeared in a music video for the song Fakiri by Jyotica Tangri and then went on to star in music videos like Dhat by Arko Pravo Mukherjee, Mere Sath by Nicks Kukreja and Kya Fark Padta Hai by Dev Negi.