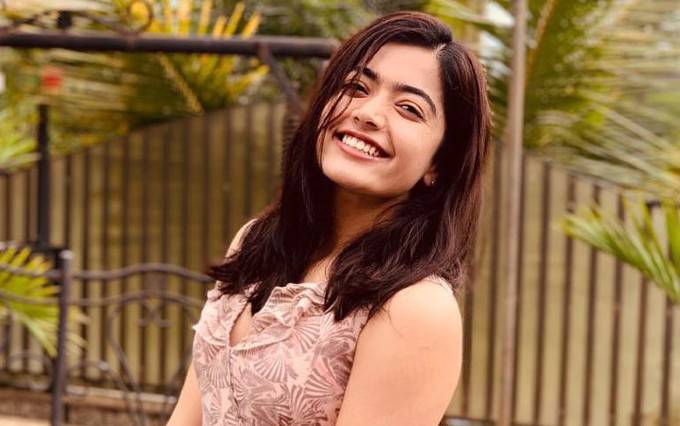 Rashmika Mandanna is an Indian actress and model, who gained popularity for her work in Kannada movies like Kirik Party, Geetha Govindam, Chamak, Sarileru Neekevvaru, and Pushpa: The Rise. She gained fame for winning the Clean & Clear Times Fresh Face of India in 2014 which made her known to the mass population. Following this, she won several titles around that time, leading her to venture into the glamour world. After a brief stint in modeling, she was cast in her maiden film Kirik Party in 2016. Mandanna’s film credits include Chalo (2018), Geetha Govindam (2018), Yajamana (2019), Sarileru Neekevvaru (2020), Bheeshma (2020), and Pushpa (2021).

Rashmika Mandanna was born on the 5th of April 1996, in Virajpet, a town in the Kodagu district of Karnataka. She is currently 26 years old.

Rashmika is the daughter of Suman and Madan Mandanna. Her parents are based in Virajpet, a town in the Kodagu district of Karnataka. She has a sister named Shiman Mandanna.

Rashmika attended Coorg Public School. She later enrolled at the Mysore Institute of Commerce & Arts for her undergraduate course, following which she joined M. S. Ramaiah College of Arts, Science & Commerce, from where she earned her bachelor’s degree in journalism, English literature, and psychology.

Rashmika dated her co-star Rakshit Shetty from 2016 to 2018. They first met on the sets of Party. They got engaged in July 2017 in a private affair in her hometown. They called off their engagement in September 2018.

Since 2020, she has been romantically linked up with film director and producer, Chiranjiv Makwana. Chiranjiv was previously linked to fellow actress Anupama Parameswaran.

In 2016, she made her acting debut with the Kannada campus romantic comedy film, “Kirik Party” directed by Rishab Shetty. She played the role of Saanvi Joseph, a Christian who is decent and disciplined, the love interest of Karna (Rakshit Shetty), went on to earn positive acclaim, and eventually, the film went on to become one of the highest grosses in 2017.

In 2014, she was made the brand ambassador of Clean & Clear the same year. While working as a model, she appeared in several TV commercials and print ads.

She is also the face of The Wedding Journals of India as of 2016.

In 2015, she won the second season of La Mode Bangalore’s Top Model Hunt.

The makers of her debut film got impressed with her pictures and subsequently called her to audition for the lead role. Following this, they cast her as the female lead for the film Kirik Party.

She won SIIMA Award for Best Debut Actress in 2016 for her role in Kirik Party.

Rashmika was named “30 Most Desirable Women” by Bangalore Times in 2014.

In 2018, she was nominated for Filmfare Awards South for Best Actress for her role in the Kannada movie Chamak.

She starred opposite Allu Arjun in the 2021 Telugu movie Pushpa: The Rise, which became one of the highest-grossing films of the year.

Rashmika was featured in the music video for the song Top Tucker in 2021.

Her upcoming movies are Mission Majnu, Goodbye, Pushpa 2: The Rule, Varisu, and Animal.