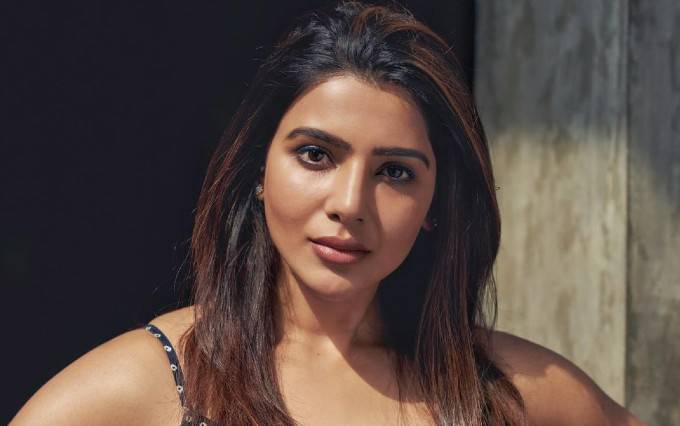 Samantha Ruth Prabhu is an Indian actress best known for her work in the Tamil and Telugu film industries. She is regarded as one of the most successful actresses in the south Indian film industry and has four Filmfare Awards under her kitty. She has been cast in a number of hit films like Mersal, 24, Kaththi, A Aa, Seethamma Vakitlo Sirimalle Chettu, and Attarintiki Daredi. She is a founding member of her own NGO, Pratyusha Support, for which she donates her entire earnings from endorsements, product launches, and inauguration events.

Samantha was born to a Telugu father, Prabhu, and a Malayali mother, Ninette, from Alappuzha, Kerala. She is the youngest child to her parents and has two older brothers, Jonathan and David Prabhu.

Samantha married actor Naga Chaitanya in Goa as per both Hindu traditional customs and Christian customs on October 6 and 7, respectively. The couple started dating in 2015, and they made their relationship public in late 2016. They got engaged in January 2017 at a private affair in Hyderabad and entered into wedlock on October 6, 2017. They announced that they have separated a while ago in October 2021 through a separate Instagram post and eventually divorced.

Samantha had previously dated actor Siddharth from 2010 to 2015. They met on the sets of the film Jabardasth and quickly entered into a relationship. Samantha broke out with him in early 2015 and it is not clear what made her end her relationship with him.

She then acted in the lead role in its Telugu version, Ye Maaya Chesave alongside Naga Chaitanya, which earned her a Filmfare Award for Best Female Debut.

Samantha has featured on several television specials but hasn’t appeared in any series.

She has been the face of many reputable brands like Paragon Footwear, and Saravana Stores and has appeared in television commercials including Gokul Sandiva Fairness Cream, Hitachi Air Conditioner, Jewel One, Khazana Jewellery, Maaza, and Hamam.

Being one of the most popular actresses in the South Indian Film Industry, Samantha’s net worth is estimated to be around $11 million dollars. She is the most sought-after actress in the Tamil and Telugu entertainment industry. The budding actress also enjoys a few lucrative endorsement deals fueling her net worth.

Samantha is quite fascinated with exotic cars and unlike other actresses, she has a considerable car collection, including BMW 3 Series, BMW X5 and Jaguar XFR.

Before marriage, Samantha Ruth Prabhu lived together with her family in a modest house in Pallavaram, Chennai, where she grew up since childhood. That’s her parental home, however, she owns a luxury flat in Chennai and a posh house in Hyderabad.

Samantha has a mixed ancestry as her mother Ninette is a Malayali Christian and her father Prabhu is from Telugu.

While her college days, she began modeling to make ends meet. And that helped to shape her career driving her into movies.

Her debut film, Vinnaithaandi Varuvaayaa created a lot of buzz before and after release and the success earned her several offers.

In 2012, she went on hiatus as she suffered from an immune system disorder that apparently worsened her health after her body failed top respond to antibiotics.

The same year, she underwent rhinoplasty to enhance her looks.

She can speak fluently in Tamil and Telugu.

Samantha is a highly proficient actress in the business where three-fourth of her films were a commercial success at the box office.

She is also well known for her philanthropic works. She runs a charitable trust, Pratyusha Support Foundation, for which she donates all of her earnings from endorsements, product launches, and inauguration events. The foundation aims to provide medical support to underprivileged women and children.

Her charm and beautiful look garnered her roles in high-profile films, making her one of the top paid actresses in the industry.

Samantha has graced the covers of leading south Indian magazines like JFW. She also did editorial shoots for many publications.

Throughout her career, she has won dozens of awards including Filmfare Awards, Nandi Awards, Vijay Awards, and more.

After marriage, she changed her name to Samantha Akkineni.

In 2017, she was appointed as the ambassador for Telangana Handlooms by the government of Telangana and currently works to promote handloom textiles in the state of Telangana.

In 2021, she played the role of Raji, a rebel leader from the Liberation Tigers of Tamil Eelam in the second season of Hindi web-series The Family Man, starring Manoj Bajpayee.