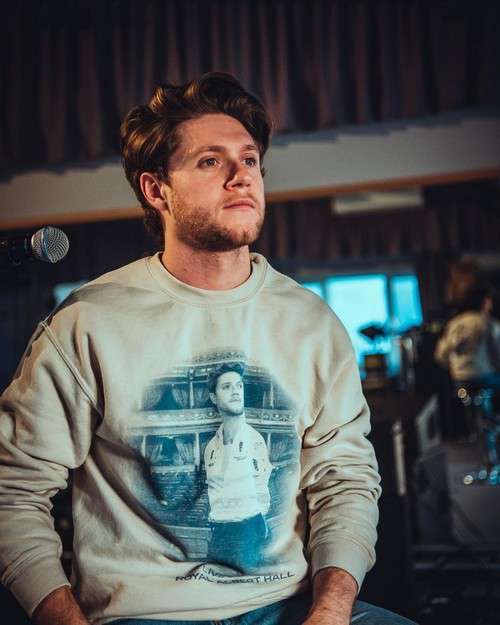 Niall Horan is an Irish-born singer and songwriter who came to the limelight as a member of the most successful boy bands of all time One Direction. Formed in 2010 with five participants from the British singing competition The X Factor, the band has released five chart-topping albums with their last album “Made in the A.M.” arrived in 2015. With more than 200 awards to their credits, One Direction became an undisputed champion and dominated the music charts until they went on an indefinite hiatus in 2016.

Horan embarked on a solo career and signed with Capitol Records in 2016. His debut album “Flicker,” which was released in 2017, debuted at number one in the US and Ireland, as well as made it to the top three in Australia and the UK. His second album “Heartbreak Weather” was also a chart-buster, which debuted at number four in the US and number one in the UK, Ireland, and Mexico. Thanks to the popularity he attained with the band One Direction, Niall Horan has amassed a massive following of over 27 million followers on his Instagram account.

Niall Horan was born Niall James Horan on the 13th of September 1993, in Mullingar, Westmeath, Ireland, the youngest son of Bobby Horan and Maura Gallagher. He holds Irish nationality and his zodiac sign is Virgo.

When he was just five years old, his parents divorced and he and his brother moved in with their mother. After spending a year with their mom, they moved into their father’s house and continued to live with him. There he studied at St. Kenny’s National School, a primary school, and later attended Coláiste Mhuire, a Catholic boy’s school, located in Mullingar.

He fell in love with music from an early age and learned to play the guitar on his own. Blown away with his signing abilities, his aunt made him sing at the Mullingar Arts Centre during a fund-raiser event. At age 16, in 2010, he auditioned for the seventh series of The X Factor in Dublin. with the song “So Sick”.

Though he failed to make it through the bootcamp round, he somehow managed to earn the likes of the judges which prompted them to put him a group that was formed with other four contestants (Harry Styles, Liam Payne, Louis Tomlinson, and Zayn Malik) who were also didn’t make it to the next round. The group later became known to the world as One Direction. And, the rest is history.

Niall Horan has been in a relationship with British designer Amelia Woolley since the summer of 2020.

After spending over five years with the band, One Direction, Niall Horan went solo in 2016. That same year, he signed a lucrative contract deal with the label called Capitol Records and starting working on his debut album.

Later that year, he released his first single “This Town” as the lead singer of his debut album “Flicker”. The song performed well on the music charts and became his first song to reach number 9 on the UK Singles Chart and number 20 on the US Billboard Hot 100 chart.

Horan dropped his debut album, “Flicker,” on 20 October 2017 under the label Capitol Records. It topped the Billboard 200 chart and also reached number one in Ireland and Canada. It sold more than 150,000 copies in the US alone and was certified platinum by RIAA in the United States.

In March 2020, Horan released his second album, Heartbreak Weather, which debuted atop the UK and Irish music charts. It reached number 4 on the US Billboard 200 chart.

Niall Horan has raked in millions when he was a part of One Direction, and Forbes named them as the fourth highest-earning celebrities in the world in 2015, and second in 2016.

He’s the only Irish member of One Direction.

In 2017, Niall Horan was awarded the Favourite Breakout Artist at the People’s Choice Awards ceremony.

Horan divides his time between Los Angeles and South London.

He is best friends with Lewis Capaldi.

In 2020, he canceled the Nice to Meet Ya Tour owing to the ongoing COVID-19 crisis.