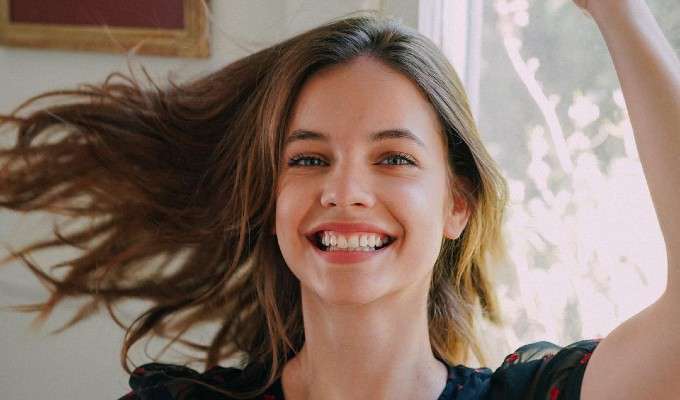 Barbara Palvin is a Hungarian model and actress who’s probably best known for her work with America’s most popular magazine Sports Illustrated and the renowned lingerie brand Victoria’s Secret Angel. In 2016, she earned a coveted spot on the SwimSuit issue and was voted 4th in the Maxim Hot 100 that same year.

Throughout her modeling career, she has worked with the world’s top-notch designers and fashion brands, including the likes of Louis Vuitton, Miu Miu, Nina Ricci, Emanuel Ungaro, Christopher Kane, and Julien MacDonald. Barbara walked for Victoria’s Secret Angel in 2012 and became their official model in 2019, making her the first Hungarian to do so. As an actor, she had starring roles in the 2019 film Hercules as a Mythological queen Antimache and the 2021 film Tyger Tyger as Eggzema. She has amassed over 16 million followers on Instagram.

Not much is known about Barbara Palvin’s early life right now. She was raised alongside her older sister Anita Palvin in Budapest where she spent her early years before she began to pursue modeling. She has traveled throughout the world, modeling for various international brands and designers.

She studied at Szinyei Merse Pal High School, Budapest until the age of 13, and thereafter she became a model.

Barbara has been in a relationship with actor, Dylan Sprouse, since 2018. They were first linked together in 2018 when she was spotted with Dylan at the 2018 FIFA World Cup in Russia. They began dating soon after and made their first public appearance in July 2018 at the premiere of Puzzle in New York City. The pair have been together since then.

Prior to her relationship with Dylan, she was linked to many men, including Irish singer Niall Horan. She was famously rumored to be dating Canadian pop singer Justin Bieber, actor Leonardo DiCaprio, and English Formula One driver Lewis Hamilton. In 2017, Barbara and English singer-songwriter, Julian Perretta was reported to be an item.

One of the most acclaimed models in the fashion industry, Barbara Palvin has achieved mainstream success while earning respect from the industry. Her unmatched beauty has landed her on the covers of L’Officiel, Vogue, Marie Clarie, Glamour Hungary, Elle, Allure, and Harper’s Bazaar.

As of 2022, Barbara Palvin has an estimated net worth of $6 million. Thanks to her successful run in the modeling industry, she has earned a lot of fame at such a young age. Being one of the topmost models in the world, anticipate Barbara’s wealth to increase in the years to come.

She was discovered on the streets of Budapest at the age of 13 and shot her first editorial in Spur Magazine in 2006.

She was influenced by supermodel Kate Moss.

Barbara enjoys singing and playing soccer during her free time.

In February 2010, she made her runway debut for Prada during Milan fashion week.

She was named the Sports Illustrated Swimsuit Issue Rookie of the Year in 2016.

Palvin was the face of Amazon Fashion and appeared on Express and Chaos Advertising Campaigns.

She is fluent in Hungarian, English, and German, and also speaks some French and Japanese.

She has featured in editorials of Real Muse, Harper’s Bazaar US, French Vogue, Teen Vogue, Telva Magazine, L’Officiel Paris, and British Vogue, to name a few.

She and model Winnie Harlow co-hosted the MTV EMA event in 2020.